Today I was finally motivated to take photos of all of the craft projects I've been working on over the last month or so. I used my trusty light tent - which I'm still getting the hang of, so the light may be a bit dodgy on some of them. But I figure the important thing is that I'm sharing!

I bought these toys for my little niece and nephew. My niece had only just been born. I didn't have time to make anything from scratch but I still wanted her teddy to be a little bit personalised. So I knitted a bow for it with some lovely soft yarn from my stash. It took a couple of hours. You can't see it very well in the picture, but I used decreases at each end to make the end curve back a bit. I was quite happy with the effect. 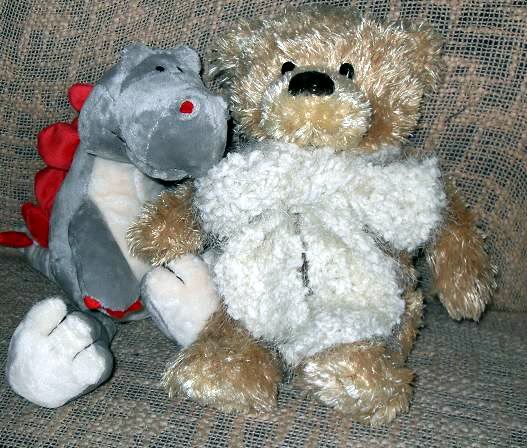 The other finished item is a tea cosy for a teapot I received for Christmas. I crocheted it to fit, and it took a couple of goes to get it right! It clings onto the pot without needing any kind of fastener. It has a cut-away bit at the back which looks weird, but it fits snugly under the handle, and I'm pleased with it. I was watching the Pride and Prejudice mini-series while I was making it, so I guess that's why I was influenced to choose the classic colour scheme and girly bow decoration. 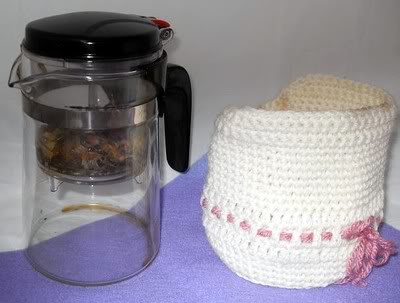 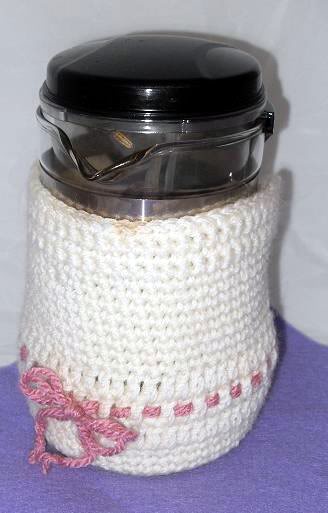 This section has many more projects in it!!

First up is my Squares Blanket. I've decided it will be a blanket now, not a couch cover. I think I'd be better off making my couch covers from fabric (when I eventually get around to it!) So I now have 4 finished squares; plus 2 finished that need weaving in; and 5 squares in progress. I still haven't decided how big the finished blanket will be (i.e. how many squares I'll need in total), but there's plenty of time for that. 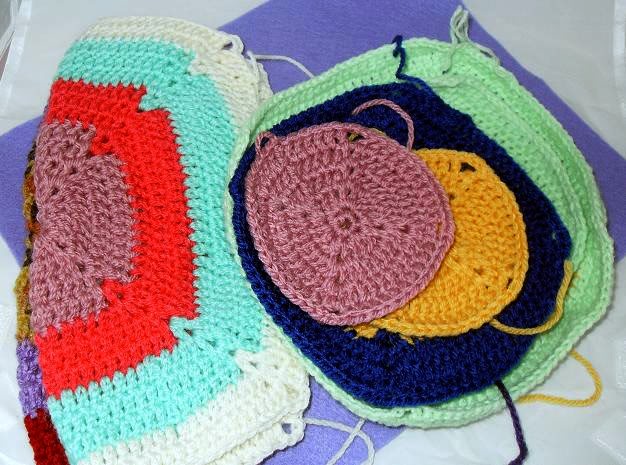 I started this one quite some time ago. Remember I was having an obsession with filet crochet a while back? Well, this is the project I decided on. It depicts a horse-head, nice and retro. It was originally going to be a doiley, but pretty soon I realised that it's going to be enormous! I'm using fingering weight cotton, which is a smaller gauge than I'm used to, but I can see why people normally use thread cotton for projects like this. I didn't want to use such a thin thread, but after a while I realised - no matter what size the thread is, it's still the same amount of work! Duh!
So I might make it into a (large!) cushion or possibly a wall-hanging. 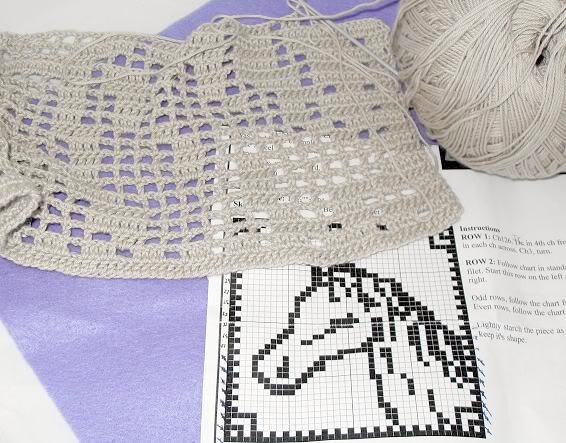 This is a headband/earwarmer that I started a while back. I had the idea to make a series of crochet squares and join them together. I chose some from 200 Crochet Blocks that were nice and decorative, but didn't have too many holes that a cold wind could blow through. The colours came to me like an inspirational lightning bolt as well! I had to buy the grey yarn because I didn't have any suitable in my stash. I've finished the 5 squares, and I've stalled at the stage where I need to figure out if they fit around my head or if I need to enlarge them somehow. I hope I get around to it before the weather warms up! 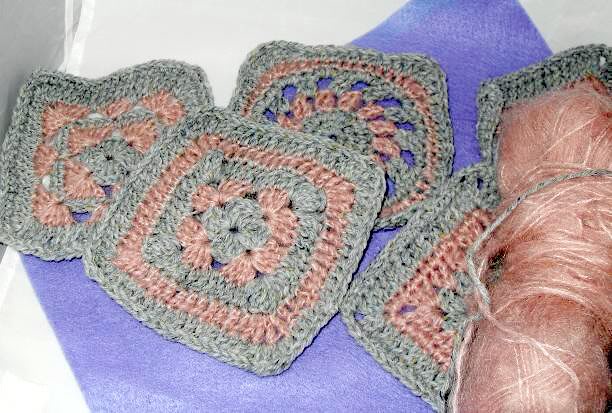 Finally we have a project that I started just the other day! I came down with a bout of Startitis and decided I needed to start on a baby blanket for my niece. I made one for my nephew when he was born, and that one took me 6 months! So I thought I'd better get started. I chose 2 lacy-ish motifs from 200 Crochet Blocks (increasingly love that book!) and I'll do them in different colours, all with a cream-coloured outer row. This first colour is horrendous, I know! But I'm hoping it will blend in all right in the end. I don't know yet if I'll need to buy some wool for this, or I'll be able to work it all from my stash. We'll see! 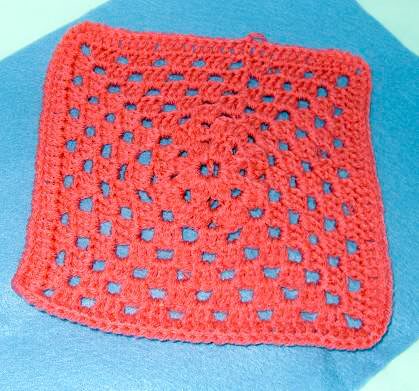 I also have some sewing projects from the last few months, but I thought I'd save those for next time.
No comments:

It's the middle of winter, it's freezing cold, and the light is terrible for taking photos. Those are my excuses for not posting too much lately.
Now that's over with ... if you're interested, you might want to have a look at my Health & Fitness Blog. There are very few pretty pictures or any craft-related content at all really, but I usually post at least 3-4 times a week. I whinge, I complain, I talk about highs and lows, and I review books. Here's a nice picture of some food to get you in the mood: 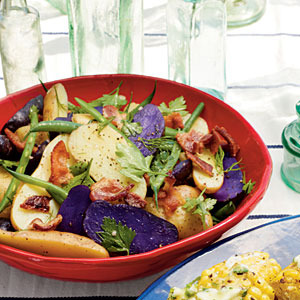