This week I've been suddenly interested in writing haiku again. When I was at university, I came across haiku in my research on Japanese culture. They really resonated with me. I'd tried writing poetry in school, but it always felt clunky and forced. I never knew when to end a poem, or how many themes it should have. Haiku are deliberately short and sweet. They also appealed to my spritual side, because they're (usually) about appreciating nature.
Reading about the history and form of haiku, I realised there are many misconceptions about them. People have said to me, "I hate haiku, I had to write them in school and I got sick of counting the syllables. Why do there have to be exactly 17 syllables?" I quickly realised in my research that this isn't true! 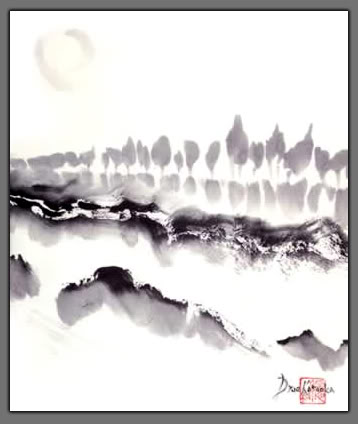 The 17-syllable rule was only applied in very strict poetry-writing competitions; in most other cases, it never mattered, as long as the poem had 3 lines, with the first and third being a bit shorter than the second. Japanese is a very different language to English, and the concept of a syllable can't really be applied to it. The closest it has is a unit called the on, which is more like a word-unit than a syllable. Japanese words tend to be longer as well, so you would need less syllables in English to convey the same amount of information, anyway. Here's a haiku by Basho, the most famous haiku master, as an example:

old pond / a frog jumps in / sound of water

I found out lots of other interesting things about haiku as well. Originally, they were called hokku, and they were shorter sections of longer poems called renga. A renga consisted of a series of haiku-like verses, alternating with a two-line joining verse. Generally, the minimum length was around 35 verses. In the Heian (medieval) period, people would gather at inns for group poetry-writing sessions. Each person would write a verse, sometimes changing topics abruptly, challenging the next to create a verse that flowed as a complete poem. Many of these poems were humorous or romantic, matching the informal mood at the inns. Regular poetry-writing competitions became popular, and there was prestige as well as material prizes for the winners. It's thought that haiku were first written as starter verses for renga, but it may be that they developed in their own right. A concise 3-line poem can convey more technical skill than a longer, open-ended one.

Though the 17-syllable rule is less important than many people realise, there are two things that a good haiku should have. The first is a kigo, or a season word. Documents have been found with long lists of pre-defined kigo. As haiku are traditionally a poem which appreciates or celebrates nature, an element which gives an indication of the season or weather the poem is set in is important. Kigo need not be obvious or restrictive however. Many kigo are subtle and it takes a familiarity with Japanese customs and history to identify them. In the example by Basho above, the frog is a reference to Spring. In modern haiku, this concept is more open - words can be used to evoke a sense of familiarity or an emotional response from the reader, rather than a stricter concept of season. For example, this is a poem I wrote in response to an experience I had earlier today:

In this poem, I have tried to convey a certain feeling ('dull'; 'work-worn'), then being pleasantly surprised by a small detail (a normally boring kitchen item that has a quirky shape and colour) which pulls me out of my dull mood. There is no mention of nature or seasons, rather the poem tries to convey a small but significant experience occuring in a familiar environment. In a more traditional poem, the pear and the colour yellow (perhaps even the sponge?) might have stood for seasons. Here, they stand for more abstract concepts, yet the purpose of triggering visual and emotional contemplation is the same. 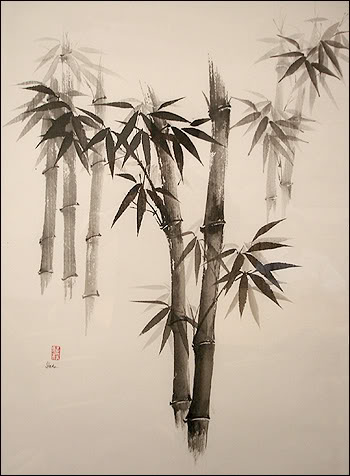 The other convention that haiku normally have is a break (kireji in Japanese). This change of direction usually occurs in the somewhere in the middle line, or at the end of one of the lines. It can involve the introduction of a new concept, or a break in the rhythym of the poem. This adds energy and prevents the poem from becoming dull and monotonous.

So much sunlight
Suddenly bursting through
Is it really spring?

In this haiku I wrote the other day (which was my first one in years, so I admit isn't the best!), the first two lines are a single statement. Then there's a break where I suddenly switch to asking a question. Often poets in English will use punctuation to emphasise a break, but I wanted it to be quite subtle. The fact that the first and second lines both start with a hard 's' sound, while the third starts with a soft 'izz' sound, is enough to emphasise this. Hopefully, when the reader reaches the end and realises the last line is a question, their attention will jump back to the rest of the poem, they will visualise the imagery I described, and will contemplate possible answers to the question.

So, though haiku have conventions, as all poetry forms do, they're actually not as restrictive and dull as many people seem to think. The trick to haiku is not getting the number of syllables right, but using the 3 lines to delight the reader and spark a heightened appreciation of nature. Japan also has a long tradition of linking poetry with painting, something I'd like to explore more of soon.
No comments: