EarthFriendly #3 : How I Re-Use Glass Jars

As part of my endeavours in the last few years to be more eco-aware, I've started re-using glass jars much more, and more mindfully. Here are some of the ways I use them.

1. Holding Food and Tea
All sizes of jar are perfect for holding dry foodstuffs and tea. The glass allows you to see what's inside. I especially love the giant jars that pickled cucumbers come in. If I can't remember how the food is cooked (or even what it is with some of the more exotic ones!), then I cut the instructions out of the packaging and stick them to the lid of the jar with some blutac or doubled-over sticky tape. Just a word of warning -- if the jar originally contained strong-smelling contents such as chilli or garlic, it might be difficult to get rid of the original smell. Do not use these jars for storing food or the smell may contaminate it. 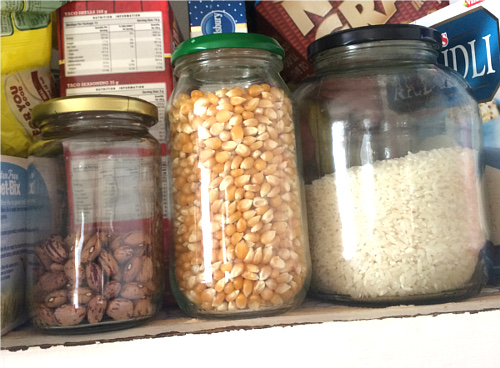 2. Growing Cuttings
My favourite way of using glass jars! I've found I need to change the water once every couple of days for the cuttings to thrive. Maybe I'll do a full blog post on it soon. 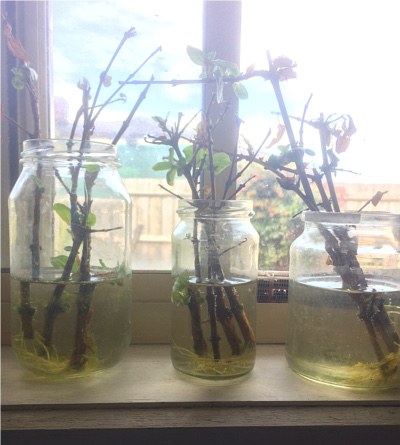 3. Storing Craft Supplies
Any kind of jar that still has its lid is great for storing craft supplies. They can also serve an aesthetic purpose by allowing you to see your pretty beads, buttons, etc as well. 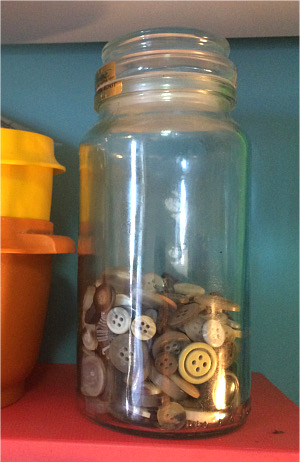 4. Making Spiritual Oils
I've recently become interested in making oil blends, and small jars are perfect for this. I can experiment with making small batches, and the glass is a good conductor for warming the oils. 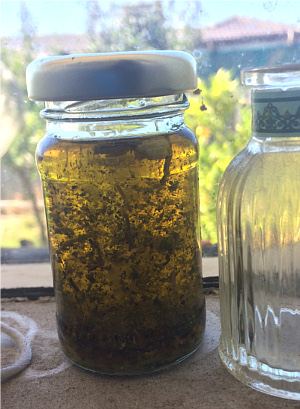 5. Candle Holders
Certain shapes of jars are great for candle holders. You can even wedge a taper candle into the top of a wine bottle if you want to go full 1970s. If you want a holder with some wind protection, use a tall jar with a votive candle in it. Just make sure you have matches long enough to reach down into the jar to light the candle. 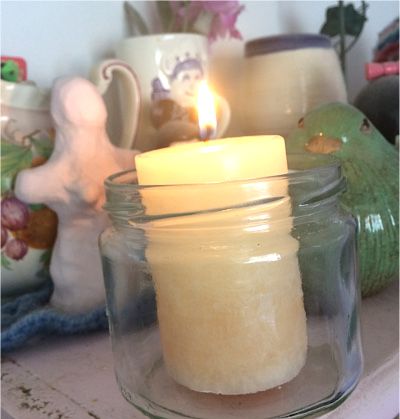 6. BONUS! Vases
Vases are just one of those things that I've never felt a need for in my home. Both Husband and I are allergic to fresh flowers, and we don't like artificial ones. Occasionally though, I might want to display some flowers, herbs etc that I've dried for a while before I use them. Here are some rose canes that I collected last time I was pruning and dried out in the sun. I've popped them in a pasta sauce jar that's lost its lid until I decide what to do with them. 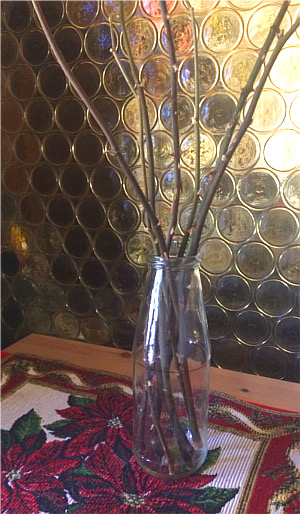 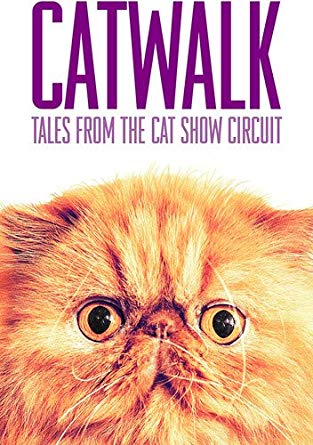 Catwalk: Tales from the Cat Show Circuit is a 2018 documentary produced by Netflix. This feature-length documentary follows a year on the Canadian cat show circuit. Kim and her cat Bobby, a sleek and playful white Turkish Angora, are competitive and used to winning. There's a new contender on the circuit, though: Shirley and her cat Oh La La. A long-haired Red Persian, Oh La La causes a sensation wherever she goes. While it's hard to see any personality under that mountain of fluff, her impeccably groomed coat impresses every judge.

To properly compete in cat shows, owners must travel all over Canada and attend every show, big and small, in order to collect enough points for the end-of-year tally. There are various categories to win in, but the most coveted is Best in Breed. Often, no-one knows until the last show of the year which cat will win. Different owners take different attitudes to the competition, with some like Kim obsessively adding up the points each cat earns to compare them to her own (she has 3 cats in competition that year), while others just want to show off their precious babies and don't care if they win or not. 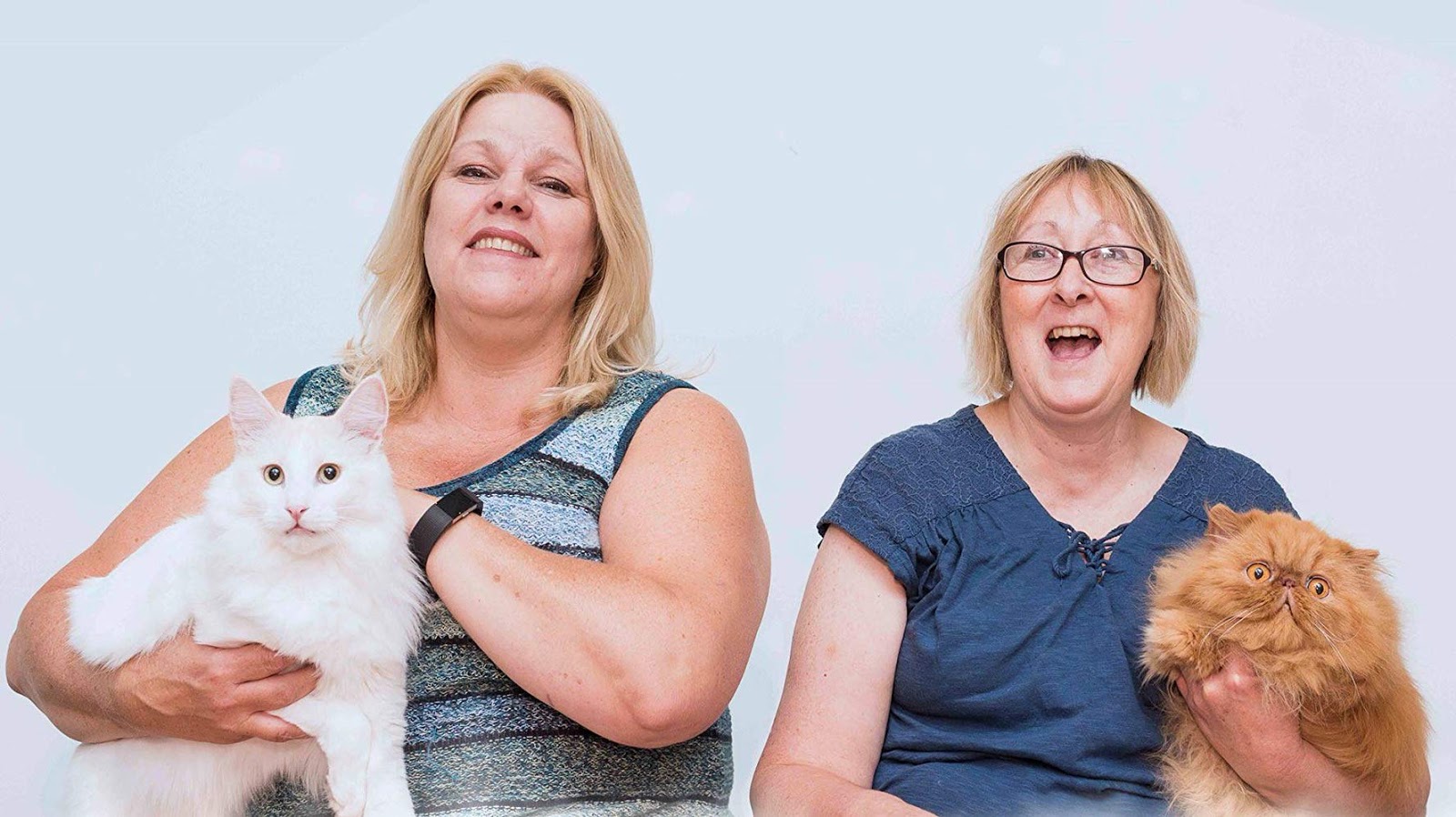 The principles and procedure of the showing and judging is explained, along with the measures required to care for the cats. There's the regular routine of travel, display and judging, but incidents also happen. Cats will be cats, and there are scratches and furballs at times.

The documentary also takes the time to highlight the stories of several other showers. One competitor is a young woman with autism, who finds the atmosphere of the cat show a helpful way to communicate with others. Another is a dedicated and caring breeder whose kittens are with owners all over the world. Another has a large gaggle of cats and a very spiritual attitude towards them. There is also an interview with two of the judges, a husband and wife couple. 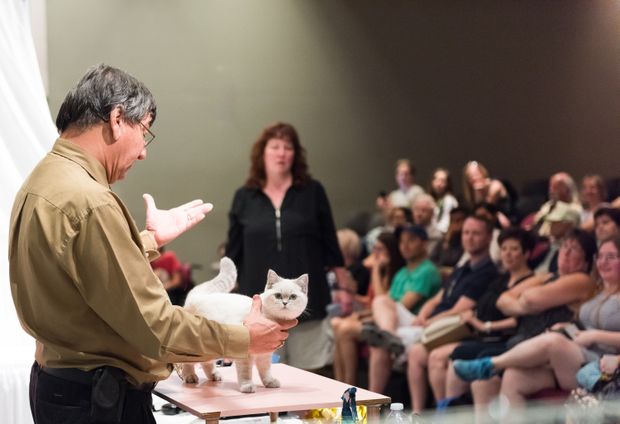 One of the most interesting (and cute!) parts of the documentary was seeing Shirley wash, dry and brush Oh La La with specialised equipment. She must be washed once a week and brushed daily. All of the judges know how hard it is to maintain a long-haired cat, though whether that translates to a higher ranking is questionable, and causes no end of consternation to Kim and her short-haired cats. 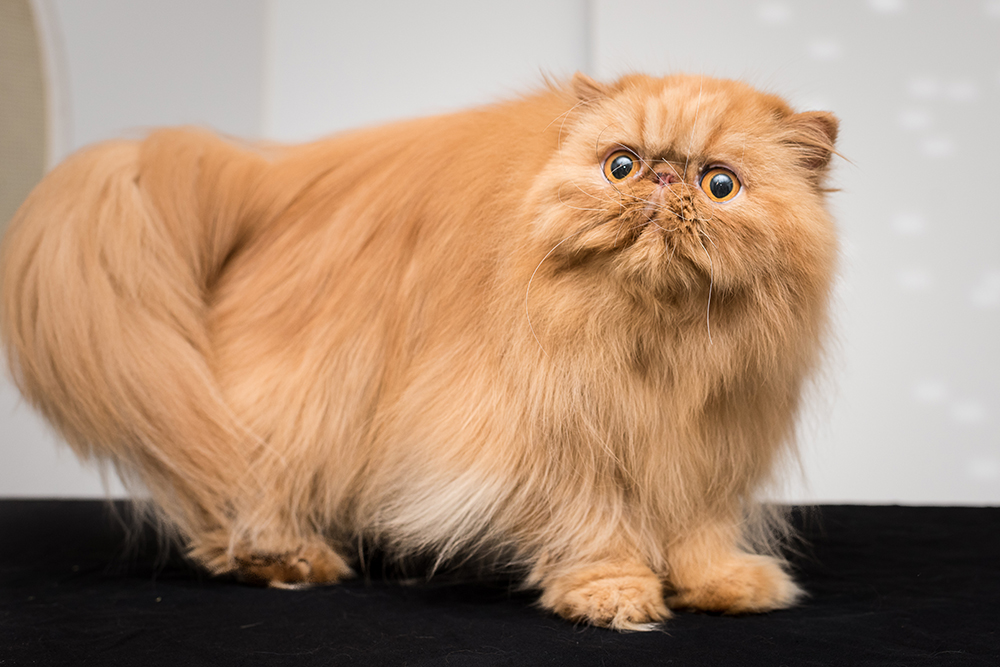 The race to the top was quite exciting to watch. Who will win Best in Breed and receive the accolades of the Canadian cat world? After the final ribbons are doled out, all is forgiven, and the competitors reconvene at the annual Cat Fanciers Banquet, where friendships are re-confirmed, and plans made for next year.

Catwalk is a quirky and fun documentary, recommended for any cat lover and anyone who's curious about the inner workings of cat shows and above all, why someone would compete in a cat show.

Would I watch it again? Yes!
2 comments:

My January and 3rd Cativersary

January was very hot, most days -- except for a wonderful -- day/night-long thunderstorm right at the end. I'm "between jobs" right now, so I've had plenty of time for crafting, reading and doing things around the house. I heard the term 'funemployed' for the first time recently -- I'm not quite sure how I feel about it!

What I've been journalling...
I've been very much focussed on my Hobonichi art diary again -- probably because I've finally been able to start using my brand new 2019 edition. To kick things off, I've been doing Rainbowholic's Dare to Dream cute journalling challenge, and started documenting things that I wouldn't have before. As Kaila from Rainbowholic says, daily journalling is all about the little things in life. 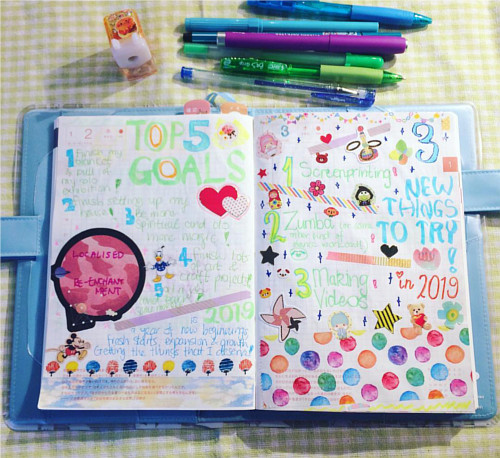 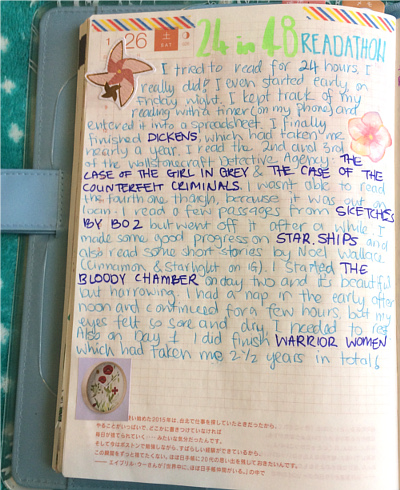 What I've been working on ...
Way back in April last year, I posted that I started crocheting a blanket. It's both a craft and art project (I'm doubling up, but it's not cheating, honest!) and I'll do a proper post about what it's all about soon. I've been working hard on it in January, so I thought I'd share a couple of 'preview' photos: 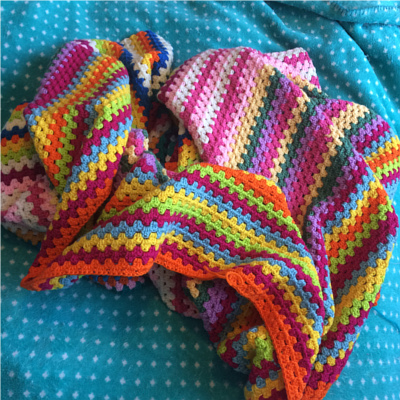 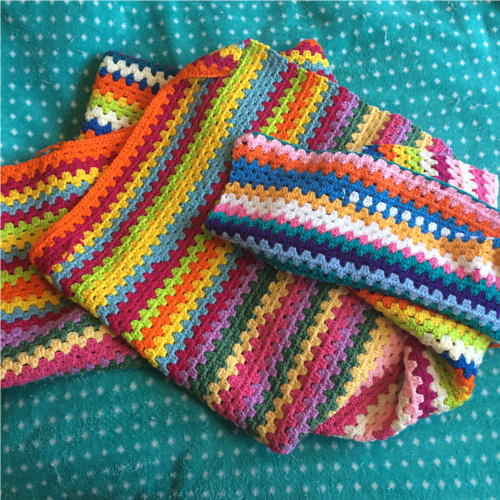 What I've been embroidering...
As a change from constant crocheting, I've been doing a bit on my tapestry project as my TV craft in the evenings. In the artificial light it can be hard to tell the difference between the colours, but it's still enjoyable. 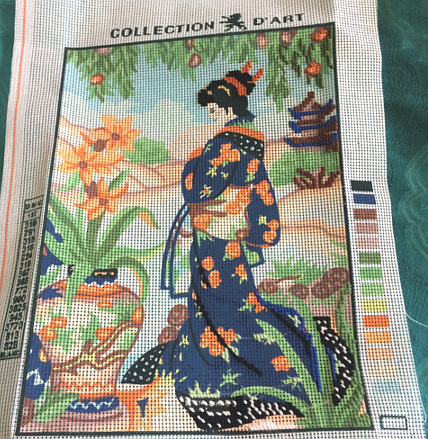 What I've been reading ...
I did the 24in48 Readathon challenge last weekend -- to read for any combination totalling 24 hours in a 48-hour period over the weekend. It was a lot harder than I thought it would be! I ended up with a total just shy of 11 hours. My eyes were sore and dry! I did however finish one book that I'd started a year ago ... and one I'd started over two years ago! Having the challenge there to motivate me helped to keep my short attention span on track and read for longer periods than I would normally.

Here's my to-read stack before the challenge (not all shown): 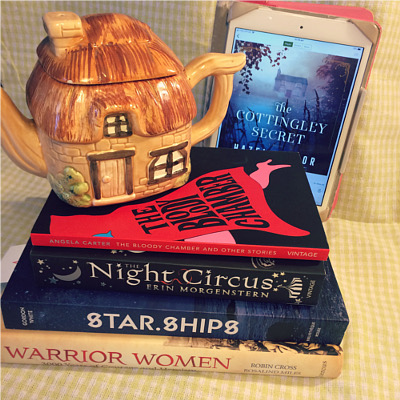 Here are the books I donated to the Little Library afterwards (only the top one was finished during the challenge! I just had a big stack built up. Also, my mother-in-law gives me a lot of her old romance novels -- don't judge me!): 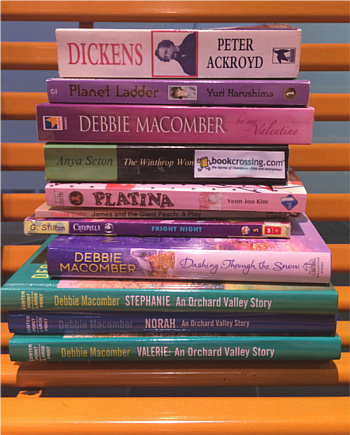 Here are the books I picked up in exchange from the Little Library: 3rd Cativersary
And now here are some kitty spams to celebrate the 3rd anniversary of Sharick coming to live with us, which was on 6th January. He's such a part of our household now, I can't remember life before he came to live with us. 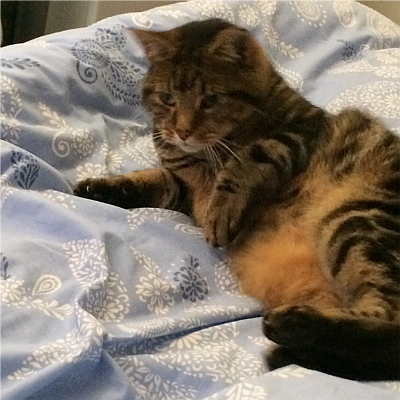 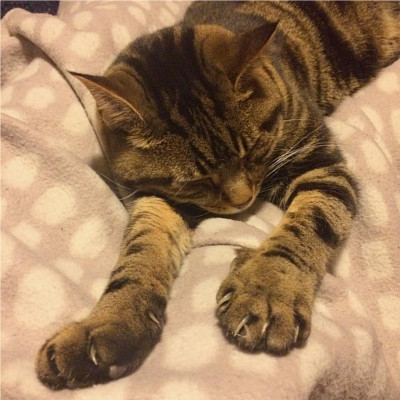 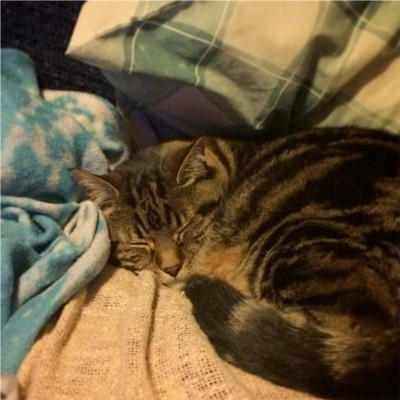