Directions:
1. Put your iTunes, Windows Media Player, etc. on shuffle.
2. For each question, press the next button to get your answer.
3. YOU MUST WRITE THAT SONG NAME DOWN NO MATTER HOW SILLY IT SOUNDS.

Back to work for you!

Play time is over, kiddies! It's back to work for me. After a couple of days of nail-biting after signing up for a temp agency, the lovely lady called me - about once every five minutes! (Not complaining, though!) Apparently I'm hot stuff, and I have a pretty good-sounding gig to keep me going full-time for at least the next month.

I wasn't sitting around twiddling my thumbs on my time off though, oh no! I was furiously knitting and crocheting and sewing and drawing away. I made this on Cup Day: 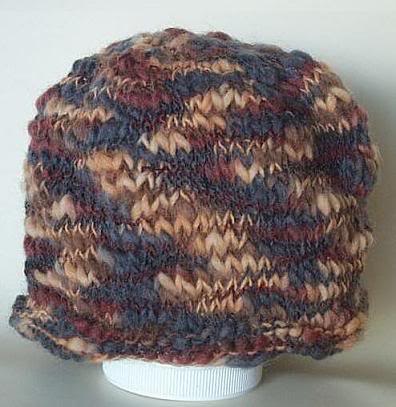 Don't worry, I stopped to watch the race!

I also finished the Creamy Scarf on the same day: 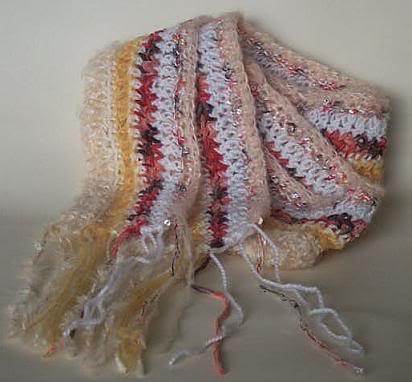 Then I felt like more of a challenge, so I worked for a while on the Heirloom Baby Blanket: 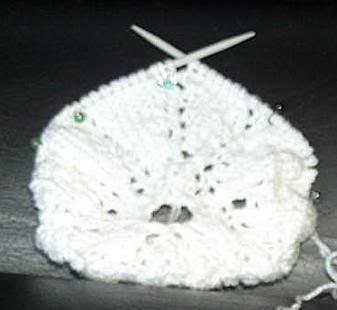 I know it's hard to make out, but I think it'll be wonderful in the end. I'm making it for Sarah and Adrian. I decided that I wanted to make something a bit more special, well, heirloom, basically, instead of churning out acrylic gew-gaws all the time. I started it a while ago, but it was in the back of the cupboard for a while. I get it out when I feel like something a little more brain-worthy.
The stitch markers on it are from an amazing Etsy shop called Hide and Sheep. It has beautiful accessories for knitting; I wanted to use something special instead of just bits of wool like I normally do.

Then, I got out my sewing machine and whipped up some pouch-type things to keep my knitting in: 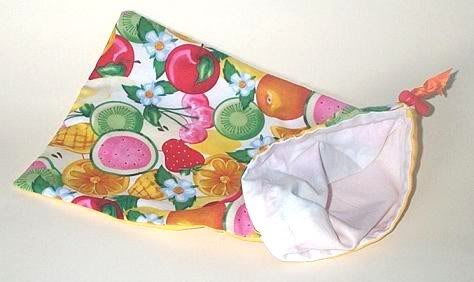 So much nicer than a plastic bag, no?

I also started a couple that are more like handbags, with handles at the top, in blue corduroy. Then the light bulb on the sewing machine conked out, and it started chewing up the fabric, which I took as a sign to do some crocheting instead.

I got inspired by the sequins that I'd crocheted onto the pouch, and I decided I wanted to do a wool embroidery. I'm not showing it here because I can't decide if it's naive and quirky, or just plain hideous. It does have a crocheted 'frame' which is actually quite good though. Maybe next post.

Then, I felt like amigurumi-ing it up, so I started a creature. I wanted to make it as unsymmetrical and strange as possible, and I may have just succeeded. I call him The Deformedest Little Monster. He's almost finished, so I think I might wait until I've gone all the way (ahem) before I take a photo.

Speaking of finishing stuff, I have a real problem. I always told myself that I'd have no more than 12 projects on the go at any one time. I currently have 17. And that doesn't include the AIDS Baby Vest which I decided not to count as it's a charity project. (Sneaky, huh?) So I had a look at my projects, and I vow to finish the following projects within the next week:

- iPod Cozy
- Skinny Nature Scarf
- The Deformedest Little Monster
- Boo-tay & Mi-Uh
- Firey Scarf (It just needs the fringe trimmed, for fuck's sake!!)
- Flower Facewashers (This one might kill me - all the weaving in.... nooooo!)

All right! Yesterday I churned out not one, but two items!
Here they are in progress (finished pics later): 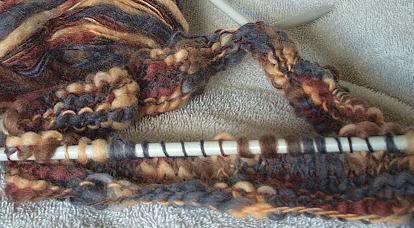 Hat made with Katrine pure wool.

I made this because I wanted to work with a wool that's interesting, and I think this fits the bill! 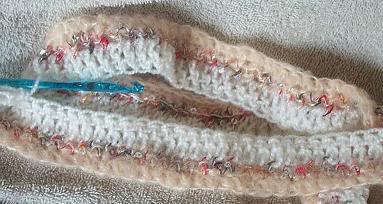 I had been planning to make a neutral-coloured version of the firey scarf for a while, and I thought, what the heck! It's narrower than Firey, but I didn't have as many matching colours to work with. I think that's fine, though.

I'm, like, a knitting machine! No, hang on, somebody already thought of that.

I'm going to sell both of these in my shop. When it opens. Don't ask.
Boy downloaded a pirated copy of MYOB for me, so I can just generally teach myself how to use it (for my own betterment and stuff), as well as seeing if it'll be good to use for the shop. I think it's too complicated. Why do I need a payroll?? I'm not gonna have staff! Actually, a masseur might be good.....
No comments:

THINGS I HAVE LOST
- my nephew
- my job


THINGS I HAVE GAINED
- freedom
- determination
- about 15kgs*


Still trying to figure out if it balances...

Everything got put on hold for a while - a few things happened that needed all my attention, and I had to make a few decisions. Even knitting just didn't seem the right thing to do to calm me down and help me think. Some things were way more important - like comforting my family after the premature birth of our AJ. Other things seemed an unimportant 'no-brainer' decision - like weighing up whether to keep putting up with the stresses of my job, or quit and face uncertainty, but also freedom to follow my goals.

I knew this was the right decision the day after I handed in my resignation letter, when I realised that I'd spent the whole evening drawing and painting, and I'd slept better than I have in about 6 months. My boyfriend had to wake me up! Whereas normally I would wake up at about 5.30am and just lie there with my eyes shut for a couple of hours, trying not to think about work.

Yeah, I know, I used the 'G' word up there - scary huh? Just a few years ago, "goals" was a dirty word to me. Who had time to think about the future? I spent all my time doing as little work as possible and trying to be content with having as little money as possible. :)
I always had goals, really, I just told myself they were 'things I wanted to do one day'. Over time, as I got more confidence, they slowly started turning into, 'things I'm going to do one day', and then 'things I'm going to do soon'.

Anyhoo, the upshot of all this is that I'm going to open an online shop on Etsy. Now, I know that when I read a blog, and they wang on all the time about their online shop and try and get you to buy stuff from it, it's unbelievably boring and just makes you want to never read it again. So I'm going to try and keep that to a minimum. Perhaps I'll put it in a separate section at the bottom of my posts so you can just click off it if your eyes start to glaze over.

I did start making a little thing last night however: 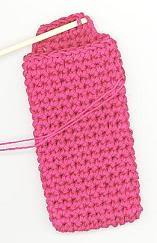 It's an iPod cozy! I just got some cotton out and started working away with not much plan. I'm thinking I might embroider it with some yellow flowers or something once it's done. Only one snag however - before I got a chance to finish it, I broke my crochet hook!!
Guess I don't know my own strength! Before you start thinking I have superpowers all of a sudden, it was actually a bamboo one, not metal. I now have a new rule for the purchase of crafting tools though -


CRAFTING RULE #239:
Don't buy any bamboo tools unless they are thicker than your little finger.
Otherwise - SNAP!

* that's 15kgs I've gained since the start of the year, not since my last post!!