It's been a while since I felt like blogging. For a long time I didn't feel like doing anything much, but that's starting to change now. I've been doing some craft and even some art, but I'll start with a garden update. It's late autumn now here in Australia, and the stress of extreme heat is definitely behind us. The two larger ferns are recovering, though sadly the small one didn't make it: 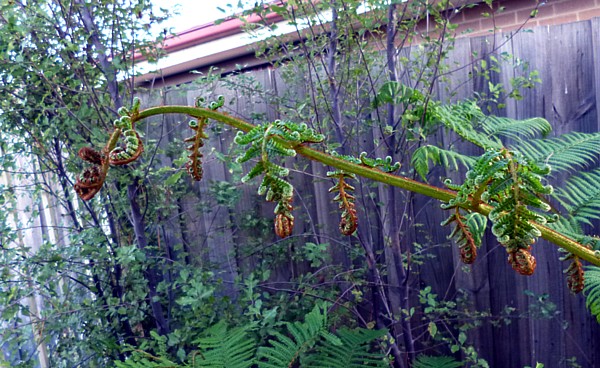 I love the way the branches unfurl, like a dancer's hand reaching out. Even plants that I thought were goners for sure have started flowering, like the Begonia: 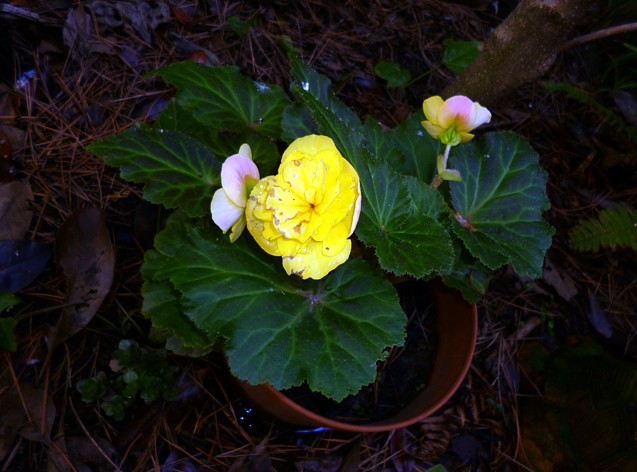 I didn't even know this was a Begonia until I happened to come across a very similar-looking photo on the internet. Apparently this is the time of year to prune shrubs like the fuchsia, once they stop flowering. But it still keeps on flowering and flowering!: 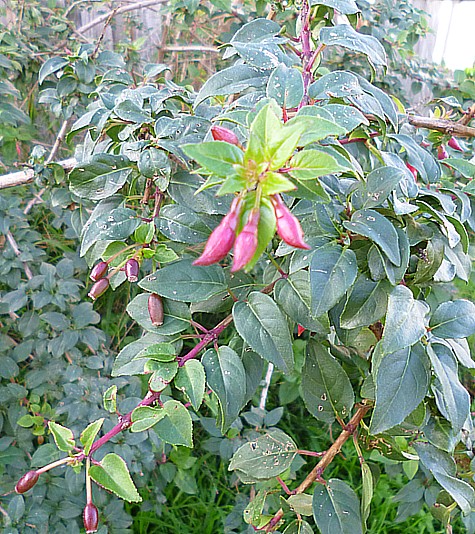 I'm not complaining though: fuchsias are one of my favourites. I gave it my special attention during the heat, and it pulled through, so I'm very happy. Nearby, the nectarine is starting to lose its leaves: 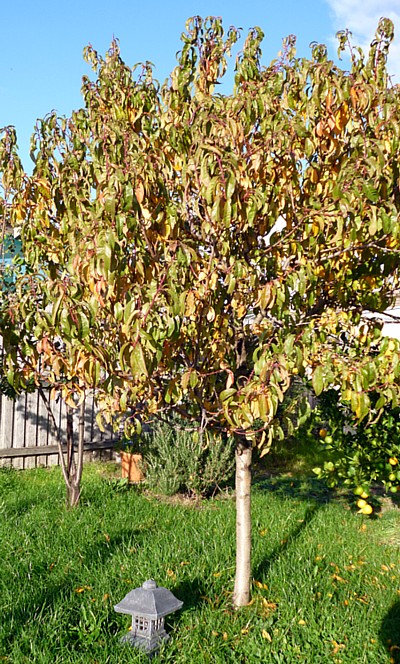 This is something I'm still getting used to. Most native Australian plants are evergreen, so I have to keep reminding myself ... not Dying: Deciduous! Meanwhile, some of the roses are continuing to delight me: 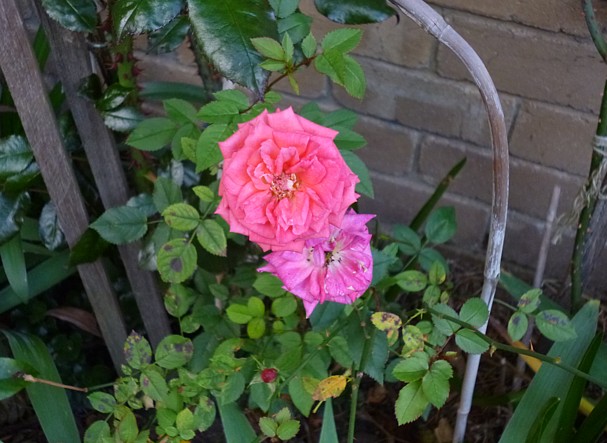 I'd read that some roses are repeat-flowering, but this is just getting ridiculous! I think it'll be pruning time soon, though. And check out what else is growing ... soybeans!: 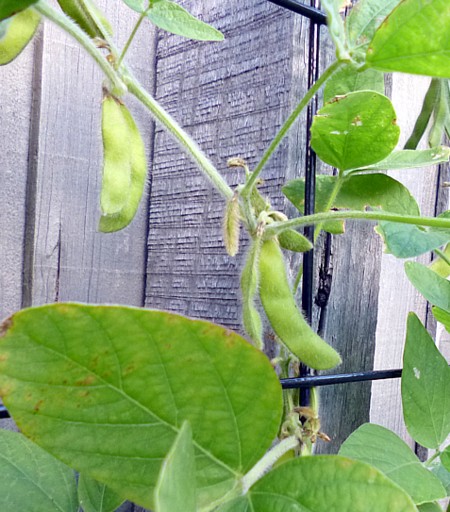 I'll post some photos of the whole veggie patch soon. As well as soybeans, we have tomatoes, capsicums, sweet potatoes and hopefully onions, all in different stages of growth. I can't tell you how exciting it is to put things in the ground and see them getting bigger and thriving. I can draw, I can crochet, but there's no more satisfying way of capturing simplicity than this for me right now.

From the simple to the infinitely complicated, to my bonsai: 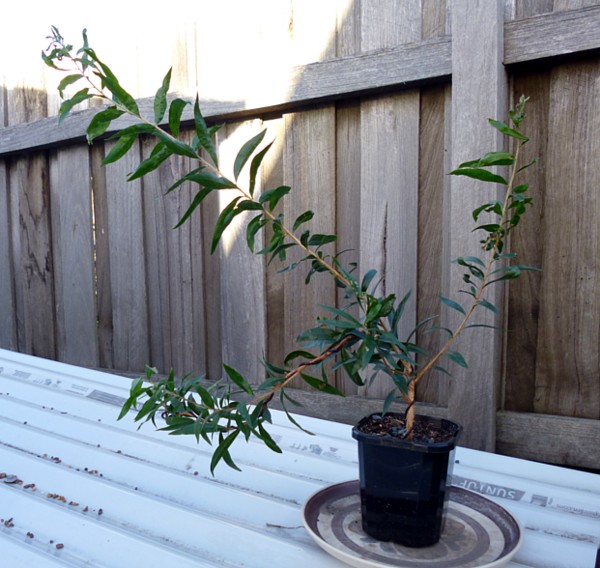 It's grown a lot since I re-wired it. Unfortunately one evening I found it had blown over with some strong winds that we had a few weeks ago. This had bent the wire out of the shape that I'd set it in, but I managed to re-bend it to something resembling the original. Who knows, I might even blow that branch away in future and work on another one. In that way, bonsai is the same as any other art.

Lastly, here's a shot of our brick paving, lit by the late afternoon sun. I love how the new growth peeking out from the cracks forms a green grid amongst the weeds, giving them a wabisabi type of beauty. 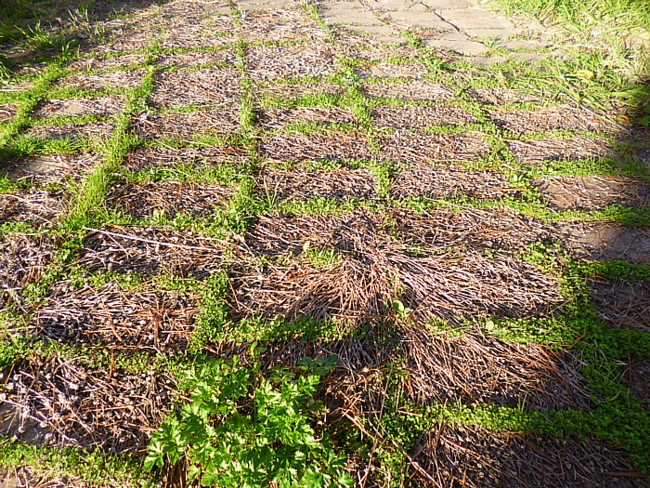 Much of my garden isn't very photogenic, but things like this make it so!
No comments: