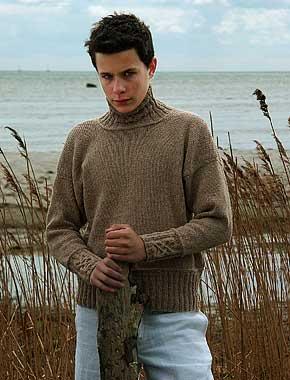 What a lovely jumper. That jumper would look great on me.
I'd really like to meet that jumper.... er....


Top Secret Project (well, not that top secret now really, because at least 4 people have seen it, and they know what it's going to be) Status: 40%.

Here is my latest masterpiece, my own beautiful curry: 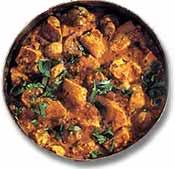 Actually, I have to admit something to you all. This isn't my curry.
It has all the same ingredients as mine, it's just that someone else cooked it.
Even though my curry tasted amazing, the photo I took of it didn't come
out quite so well. It looks really unappealing, I'm afraid to say.
If you really want to look at it, you can: 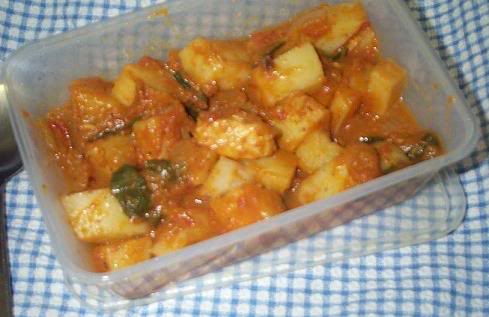 Or, if you want to see a picture even worse than my curry (be prepared!) scroll down. Actually, I'd advise you not to. 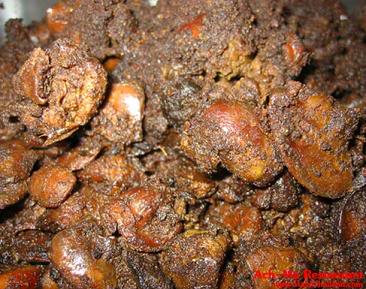 I told you that you shouldn't have.

Chanel style Cardigan from Crystal Palace Yarns,
made with Summernet yarn in a butterfly stitch pattern. 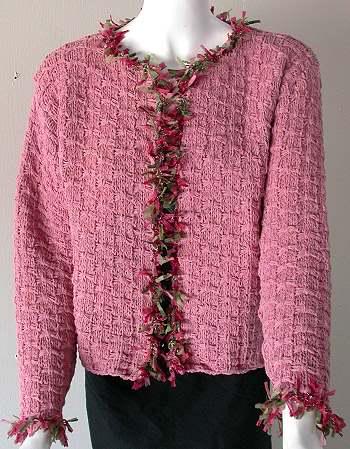 If everyone around you squints, you almost look like Coco herself!


Top Secret Project Status: 13%. Getting there!

For the Goth in us all.


Go to Manolo's Page [link defunct] to take the No Poncho Pledge. Something very close to my heart right now.

I can't leave my journal blank while I'm working on my Top Secret Project for the next 6 weeks, so I thought I'd whet your appetites with a new series: Dream Project of the Day... 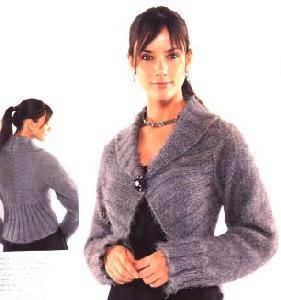 Okay. The scarf is on hold already. I have a new, more important project to do. However, it is

due to the fact that it is 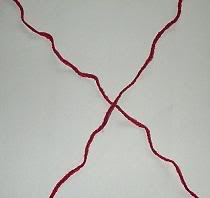 I'm afraid I cannot release the details until the end of April. However, I can keep you all updated on the nailbiting saga of whether I get it finished on time or not.

Wish me luck, all ye who read this journal.....
No comments:

It seems the poncho fad is over already. Apparently it's the Clapotis now.
What the hell is a Clapotis?

When I did a websearch to find out, the first site that came up was in French, and mentioned the word "nudisme" more than once. *raises eyebrow*

(And apparently the temperature at La Clapotis is currently a temperate 14°C.)

It seems the Clapotis (of the knitting world) is a giant scarf with ladders in it. See it here.

Yup. Just as I suspected. I hate it and I love it. I'm torn. I have to hate it cos everyone loves it. Yet it's so pretty and so chic. I'm not chic, and I hate doing the same thing everyone else is. But it's so lovely and it ripples like water. But shawls are for grannies and I don't have the patience to be hoiking it up all the time! But if only I had one, I'd be beautiful and happy. But everyone's making them so I must hate them!

Enough of this! I have to get started on the Secret Project.
No comments:

Here is the Fried Rice I made for lunch today (with leftovers for tomorrow). It's the first time in weeks I've actually cooked a real meal. It's got real, fresh vegetables in it and everything! 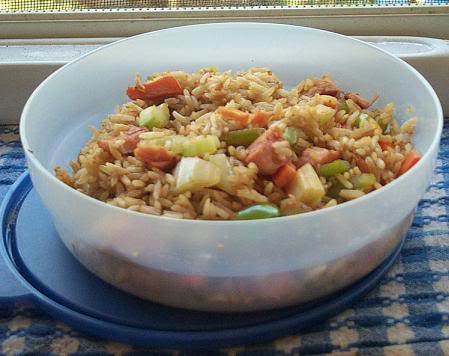 Just as predicted, as soon as the weather dipped below 25oC, I had the urge to knit again.

Lacy is all the rage, it seems, so I wanted to make something lacy.
Oh, by the way, that poncho thing from a few weeks ago? Forget it! Unlike most of Middle America, I wouldn't be caught dead in something Martha Stewart was wearing when she emerged from jail after completing her sentence for insider trading and defrauding the public.

"When Stewart was released from prison in West Virginia last week, she wore a gray-and-white crocheted poncho over her blue jeans. As she walked to her private jet, she looked trim and fit, even a little hip as the poncho swung over her brown leather boots."

Well, America's favourite housewife can just about kiss my big fat white.... Er, but I digress. Back to my wool story.

I went to Lincraft and deliberated for ages over which wool to buy. The only thing that made me finally decide in the end was the threat of being late for work. I went with tried and tested Caressa, which is what I made Emma's Mittens and My First Scarf (Since High School Anyway) [link defunct] out of. It's fluffy, but not too fluffy, comes in a range of non-ugly colours, and is relatively cheap for real wool.

I mucked around a bit with a pattern I found which was actually for a jumper. (Why anyone would want a jumper with big holes in it is beyond me, but anyway...) It uses large eyelets alternating with a single garter knit stitch, with two garter stitches at the ends, to create a lacy but structured pattern. (I thought a lot about this.) I decided to make it quite thin so I could tie it around my neck in a bow if I wanted, and I'm not planning to make it very long. It's already about twice as long as you see in the picture. Updates as they happen... 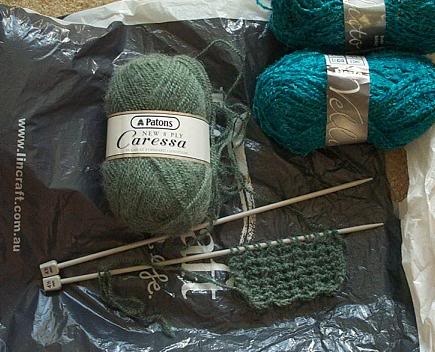 P.S. I also bought that turquoise wool you see in the picture with no plans whatsoever for it. It's probably not enough to actually make anything out of. I don't really think about these things when I'm impulse buying.
No comments: