I baked a Babka

The other day I felt like doing some baking, so I turned to the latest edition of Feast Magazine for inspiration. I decided to bake the Babka. (Sorry for the bad photo.) 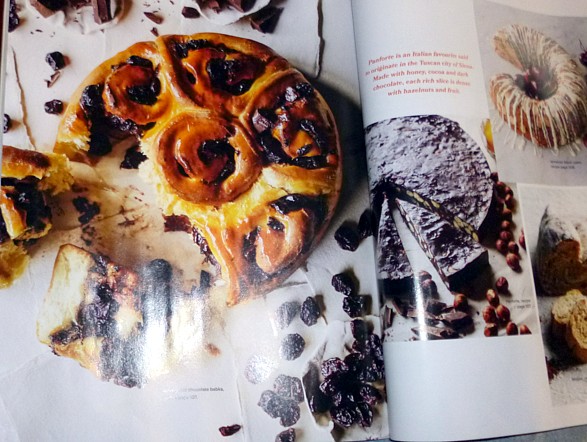 I think the Babka and things like it are found in many cultures. It is filled with dried fruit and a rum syrup is poured over the top. I was excited to be able to use my new heart-shaped measuring cups for the first time. I'd bought them for myself as a treat a few months ago, but with moving house, etc, I haven't had time to do any cooking until now! So this is adding sugar to the egg mixture. 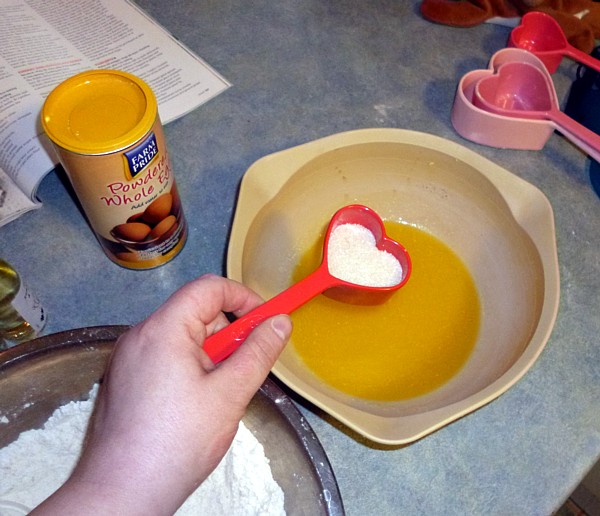 This is stirring the wet ingredients into the dry ingredients. I had to use powdered egg as I didn't realise I was out of eggs. Oops. 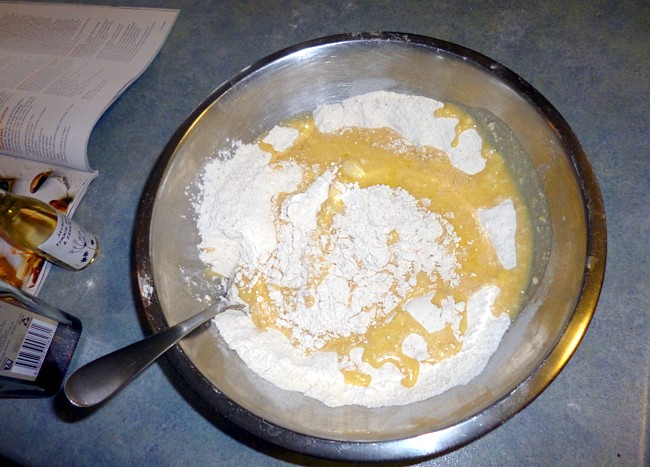 I left the dough to rise, but it didn't rise like it should. I even did the old trick of placing it in front of the open oven door for half an hour, but it still didn't behave. Did I have dud yeast, or was it the egg powder? Still, I continued on. 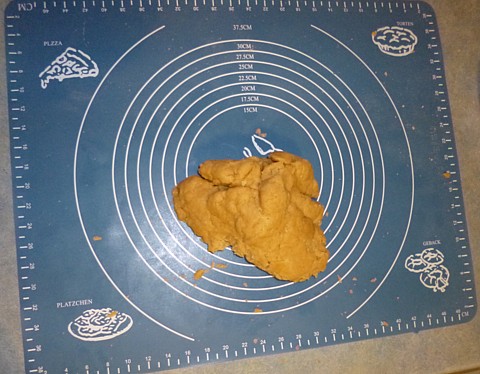 I rolled the dough out into a large rectangle as the recipe said. It was tough going due to the whole dough-not-rising-and-not-having-enough-volume-and-stretch thing, but I managed to roll it out to the size I needed to eventually. 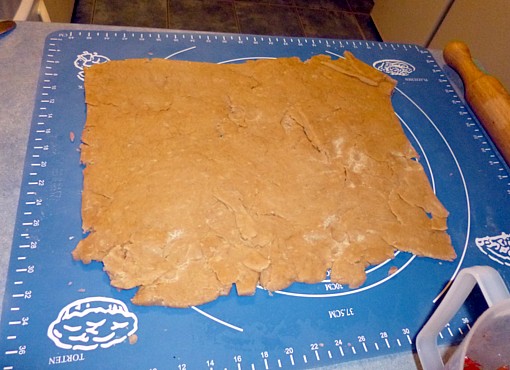 I sprinkled the filling over the dough. Instead of dried cherries, I used dried apricots, which had been soaked in schnapps for several hours. Accompanying the chopped apricots are bits of everyday chocolate. Unfortunately in this picture, to me it looks like tomatoes and bits of meat, perhaps chopped roast beef! Am I making a pizza??! 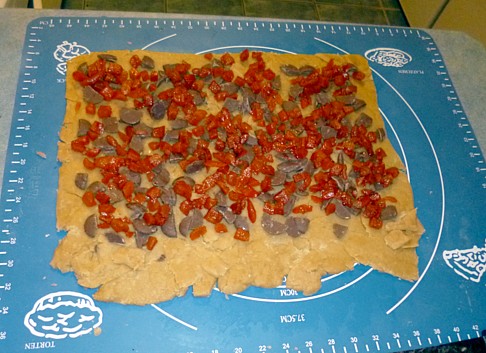 Then I rolled the dough up into a log. I don't have a photo of that, but it doesn't take much imagination, I think. Then I cut the log into 7 slices, and arranged them in the tin. After coming out of the oven, it looks nothing like the photo in the magazine! The 'bread' hasn't risen at all, and it has the grainy texture and crunch of shortbread. It seems I've made biscuit scrolls! 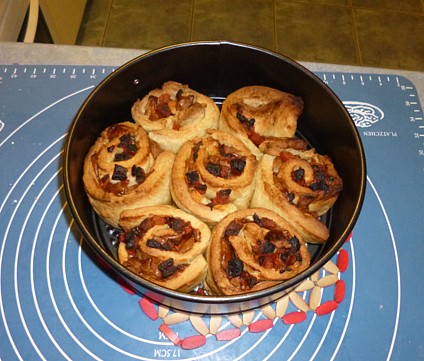 I didn't have any rum, so I used a mixture of schnapps and cherry brandy to make the syrup. 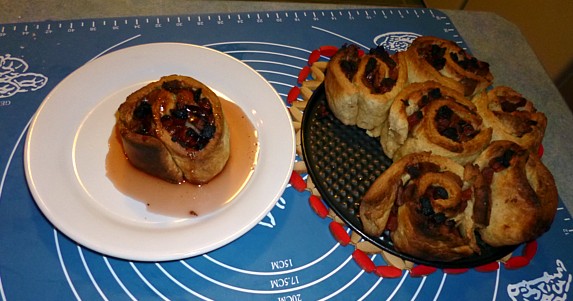 It was still delicious!
No comments: