I'm crocheting a scarf at the moment, but it's certainly not like this. This one is beautifully intricate, but it doesn't look very warm, unfortunately! 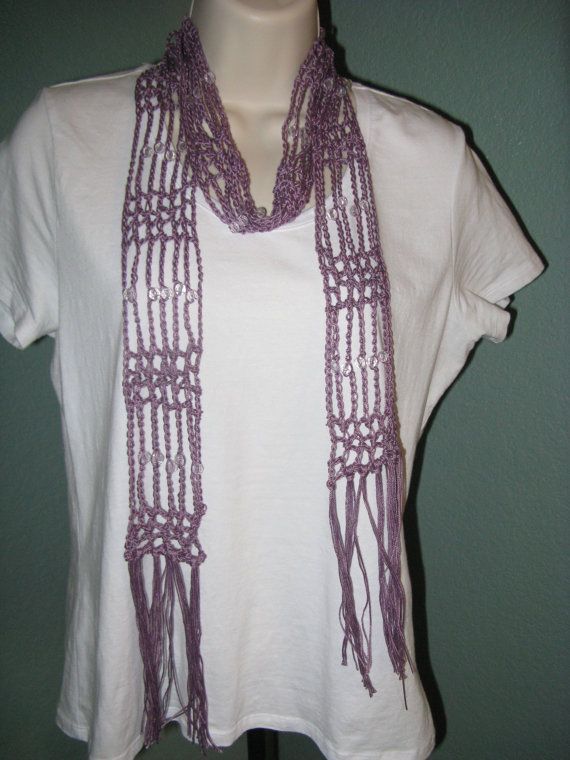 I finished two projects earlier this week! Wonders will never cease!
Firstly, we have these Baby Jane hats. Technically, there are 4 in different sizes, but I'm counting it as one project. I made them on request from a friend. Originally there were supposed to be two, and I was most of the way through them when I completely forgot about them. This was about a year ago. I suddenly remembered them the other day and, wracked with guilt, pulled them out and started feverishly working away on them. Now, babies' heads tend to grow, in general. And it occurred to me that the size I was making might not fit any more. So, just to be safe, I made another two in a larger size. All I did was add 6 stitches to the original cast-on, and a couple of extra rows of orange and yellow, and they came out fine. I also made the pompoms slightly bigger. Here they are: 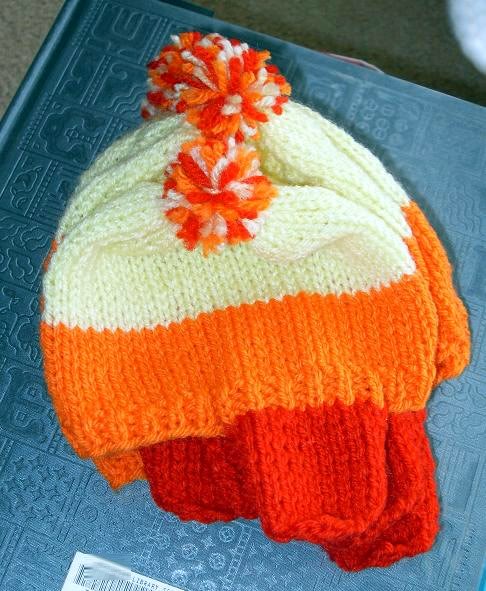 Baby wears a hat like that, he ain't afraid of anything!
I thought I'd get slightly arty and photograph them sitting on the cover of a book I borrowed from the library. It has a really cool patterned texture. (It's called Couture in the 21st Century, in case anyone's interested.)

The other project I finished was my Granny Square Headwarmer (aka Teacosy Headwarmer - I couldn't really decide what to call it). This one took quite a lot of work, so I'm breaking with tradition and modelling it personally so you can see what it looks like on. 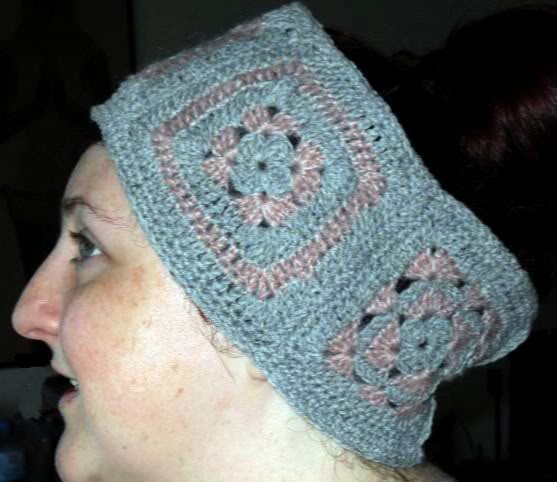 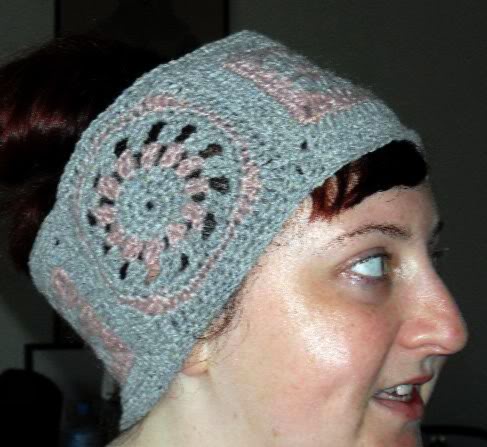 From ze right. Or vice versa. Not so good with my left and right!
I'm really, really happy with this project. It came out looking exactly like I wanted it to. Occasionally when I'm wearing it out, I get worried that people are going to think I'm a completely crazy craft lady, but then I think, "stuff em!"

In other craft-related news:

* I've made 3 1/2 squares of the Babbi L baby blanket now. I reckon I'll need between 16-24 to get a size I like; I haven't decided yet. This project is going a bit more slowly because the patterns I've chosen need a bit of concentration to work on.

* I started a new scarf! I couldn't help it! I found a ball of wool in the coffee table drawer when I was looking for a pen, and some urge in me just made me grab a crochet hook and experiment. The stitch is very easy though and it shouldn't take too much work to finish. I'll post a picture next time.

{Ditzy Tuesday} I bought a magazine

On the weekend, I bought SBS Feast Magazine. I know what you're thinking - yawn, another food magazine. The ability to make rainbow-coloured ravioli or caviar flavoured yoghurt smears seems to be the highest priority in the media at the moment. But SBS is my favourite TV Channel, so I knew this would be something different.
Here's the front cover: 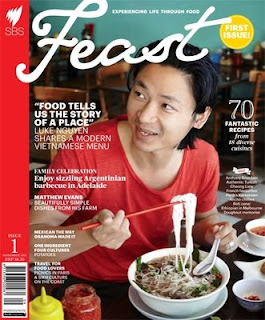 I was really excited when I sat down to read it. The shops and restaurants featured are a careful mix from throughout the country. There are over 70 recipes from many different cultural traditions, interesting articles, beautiful photos and a huge amount of useful information. In particular, the article on where to picnic in Paris made me feel like I'll have some insider knowledge when I visit again. The doughnut feature with Dutch oliebollen made my heart leap a little and made me feel all inclusive. Not only that, but the pages themselves are thick and glossy. I love that! 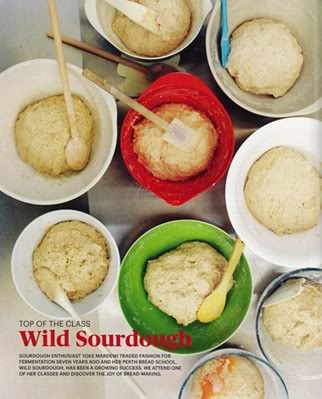 The recipes are easy to follow, and any unusual ingredients are explained. Ingredients are listed by both volume and weight in most cases - a detail I appreciate. This magazine made me really enthusiastic about cooking again, about trying new things. I don't normally cook with seafood, but I'm really tempted to make this: 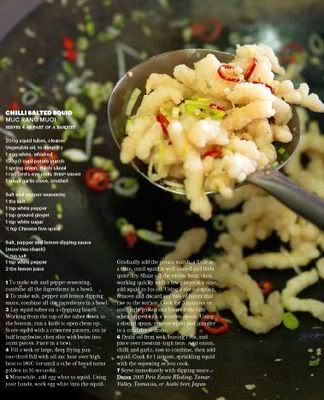 I'm going to subscribe, and I really hope the magazine continues in this vein. I'm not affiliated with SBS in any way, and wasn't given anything for free. I just think this is a really good magazine!
No comments:

Artfire, the site where I host my secondary online shop, is closing their Basic (free) account option. From 15th August, I need to either upgrade to a Pro account, or let my shop fade into the aether. I 'missed out' on all the special offers, so I would have to pay US$9.95 per month to keep my account open as a seller.

They've been plugging the Pro account option at me hard, for almost a year now. And they've been adding more and more features to the Pro account, and none to the Basic account. Now, I've sold a grand total of 6 items since I opened my shop there 3 (or more?) years ago. I will not be upgrading to a Pro account. The amount of money I would lose is staggering. It's just not worth it.

(In comparison, on Etsy, I have sold approx. 90 items in the last 3 years. I don't want you to think I'm bragging or anything! I'm just comparing the two sites.)

It's a shame, really. I did a comparison of the two sites a while back, and Artfire had some really useful pros over Etsy. (Sorry, I haven't been able to find that post. I'll try again later!) But things have gone downhill since then. There are an increasing number of messages saying, "this feature is available to Pro members only". Last last time I tried to re-list a sold item, (in May of this year), I couldn't for the life of me find out how to do it, whereas previously it just took one click. (Perhaps that's a 'Pro-only' feature now, too. Grrr!)

Yes, Artfire has been going downhill in the last few years - for the seller holding a Basic account, anyway. The site is harder to navigate, and the lack of features means my shopfront looks boring and daggy compared to a pro seller's. The last email I was sent encouraging me to upgrade pointed out that 85% of sales are made by Pro sellers, and only 15% by Basic sellers. Instead of using that statistic to encourage me to upgrade, perhaps they should have been looking at the site management practices which resulted in that statistic? Just sayin'.

When you think about it though, it was really just a matter of time. Artfire corners a much smaller section of the market than Etsy. It's less well-known. Speaking just for myself, I have 20 posts on my blog tagged 'Etsy love' and not a single one tagged 'Artfire ... anything'. I have to admit as well, that I've only bought one thing from Artfire in all that time, and it was from someone whose blog I read (the lovely Sparklebluefaery). Artfire itself didn't have anything to do with me finding out about this seller. They just don't have the word-of-mouth that Etsy has. Whether that's anyone's fault is anyone's guess. There's only one thing left to say:

Bye bye from me, Artfire. 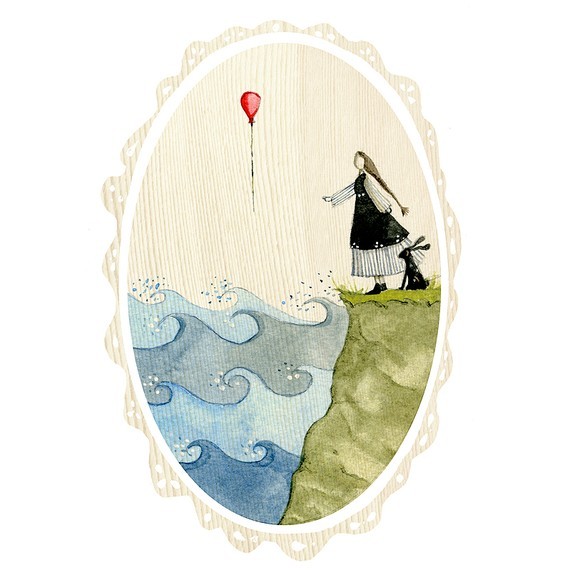 Source: etsy.com.
(Ironically, this picture is from Etsy!)

P.S.
This article from October 2010 also has a comparison of Etsy and Artfire. However, it was written before the news that the free account on Artfire was to be abolished.
No comments:

Ditzy Tuesday is back! Because I have no real content right now!
I've been living in my flat for over 6 months now, and half the ceiling lights still need lampshades. How lovely would these be? 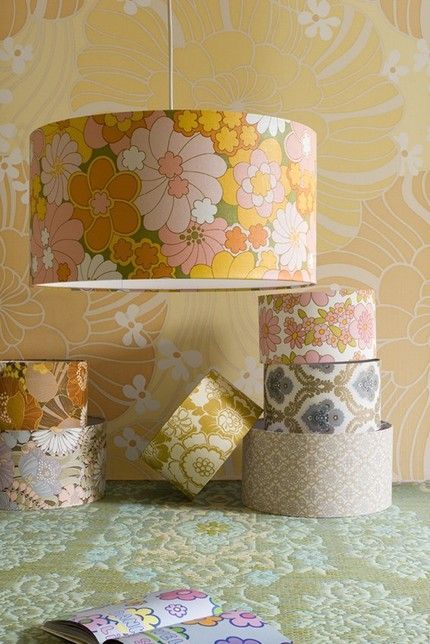