Yet another scarf *groans*

I just wanted something light and Spring-y. I always feel like dressing up like Audrey Hepburn in Spring, so I thought I'd make something retro. The left-over mohair I had from an old project was prefect, though the colour wasn't what I imagined. But overall I'm very happy with it. 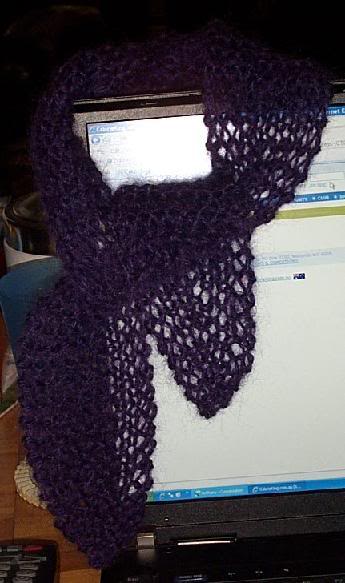 I'm quite proud of the shaped ends. It took 4 tries before I got them right. I'm gonna keep the notes for that one. It would have taken much less time to make if it weren't for that.

I've really been into knitting magazines lately, because they are the most up-to-date and non-dorky. After some thought, I subscribed to Creative Knitting magazine. It's Australian, so it has relevant ads, and it has mostly cool patterns. There is a shrug in the example copy that I really want to make. And I bought a copy of the latest Vogue Knitting which doesn't have the locality (localness??) of the other one, but the patterns are even cooler and more fashionable - imagine Vogue magazine, but with a how-to section. There's a few things I want to make from that one. But for serious possibilities, I have this list:
* ribbed shrug in Patons Zhivago from Creative Knitting
* chunky drop-stitch shrug from Vogue Knitting Holiday issue
* sweater-vest with plunging neckline from Vogue Knitting current issue
* tank top from Knitty Gritty (see below)
* a loopy or entrelac cushion cover (not quite as thrilling).

Yesterday I saw Knitty Gritty on the DIY Channel for the first time. (No, I haven't gone upmarket, my bf has it.) It was a special on teen knitters, and everyone knows that I find anyone under the age of 20 to be annoying to one degree or another, but it was still really good. There were instructions for a tank top and choker which were both easy yet interesting projects. And I had the superior feeling of knowing everything they were talking about, not like the stupid home renovating and antiquing shows they normally have on that channel. It's on every Saturday at 10am, so I might get to see it again one day.

I couldn't be bothered downloading any photos this week, so here's an example of a non-dorky project: 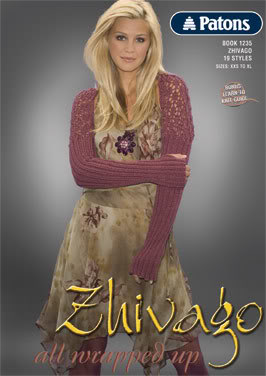 I just love Zhivago. I've only ever made a cushion cover out of it, and I'd really love to make a garment out of it one day soon. It's so soft and velvety. I'm coveting the pearly pastel pick colour as we speak. I want to knit with it so much! /end drool
No comments:

Tags: 2006, in the pipeline, inspiration, knitting

I went through and sorted my projects and wools this week. It felt good. All so neat and tidy now. But I have gotten to the point were I have to shove the wool back into the cupboard to close it. No new wool! Especially from Ebay!!

I also discovered some old projects that I hard forgotten about in the back of my cupboard: 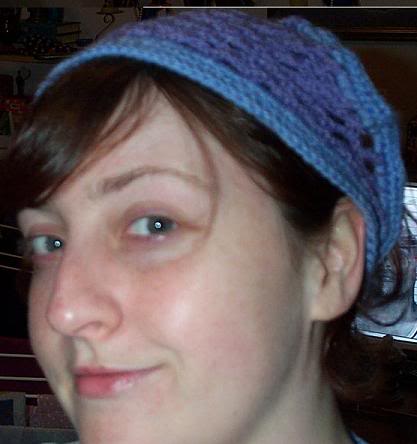 A headscarf! I didn't war this very often. It's a shame, cause it's pretty cool. Bummer that the 70's revival is over. I just put it back in my undies drawer. 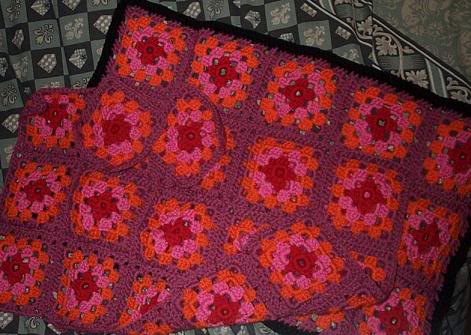 Granny Squares! I really put a lot of work into this one, a long time ago. I was going to make it into a poncho, but I think I'll incorporate it into my sample rug if it ever gets that far. 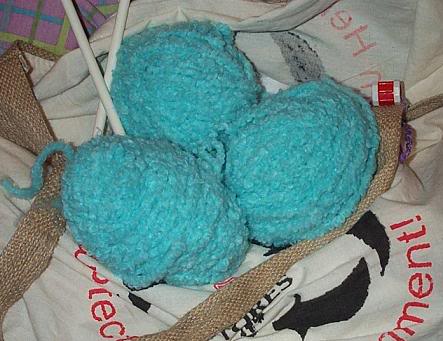 A Cardigan! Well, an ex-cardigan. I decided to pull it apart and start over with a new pattern. 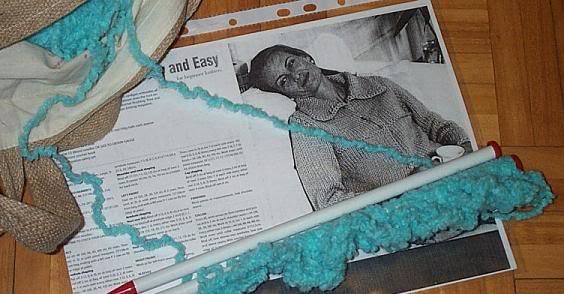 I feel fairly confident that I can finish it within a reasonable amount of time. Next winter, say?

I have also started a retro neck scarf, cause I always feel kinda 50's in Spring. I sort of wanted to to make it in pink, but the purple (which was left over from some mittens) is a bit different, and I have vowed not to buy any more wool for the time being. Not even if it's on sale! *sighs* 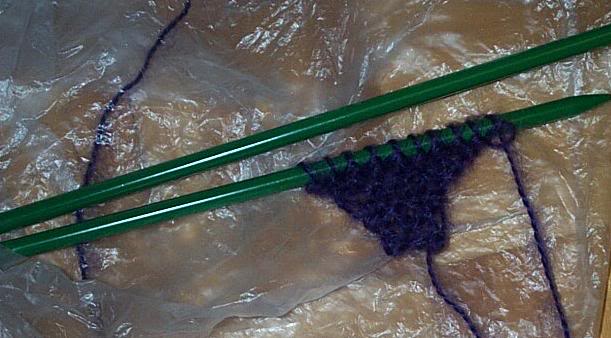 I might have to muck around with this one a bit before I'm happy with it.