Say hello to my little bonsai!

As I mentioned in my last post, now that Husband and I have our own house, we have our own garden, too. That means we can ... do gardening! We've both been interested in bonsai since we were kids, but never had the space or funds to keep them. Now all that has changed! On the weekend, we went and did a beginner's course at our 'local' bonsai nursery.

Though short, it was a great introduction, and we both came away with our very own bonsai. I decided to name mine Shinji; the H's is not yet named. 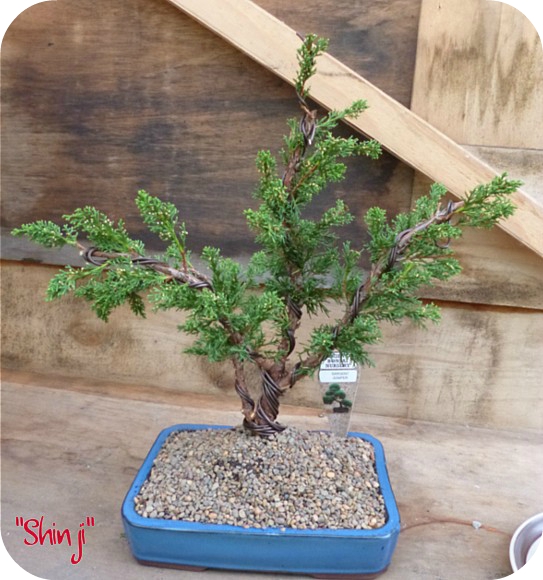 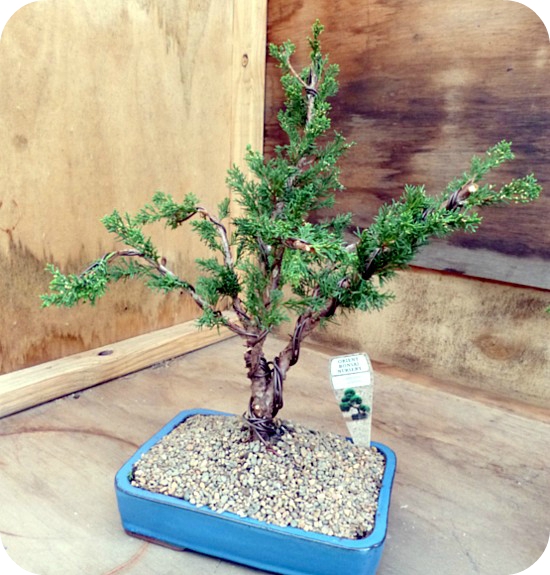 We're keeping them in a hutch we found out the back of the shed. We were going to break it up and put it in the hard rubbish, but thank goodness we didn't! It's the perfect shelter for our tender bonsai.
Both are Sargent Juniper, known as Shimpaku in Japan. Apparently they're one of the hardiest trees and are very suitable for a beginner. In the course, we prepared the pots, unpotted the tree, trimmed the roots and tied it into the new pot. Then we chopped the heck out of it! I really wish I'd had my camera with me so I could have taken a before photo. The tree was more than twice the size originally! 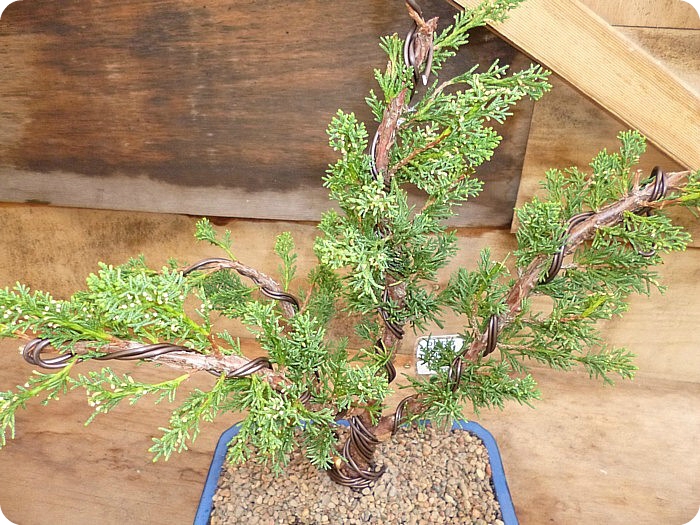 The instructor then further trimmed and wired each of our trees in turn. Most of the lower branches disappeared, the top came off and one of the small upper branches was trained upwards to become the new top. 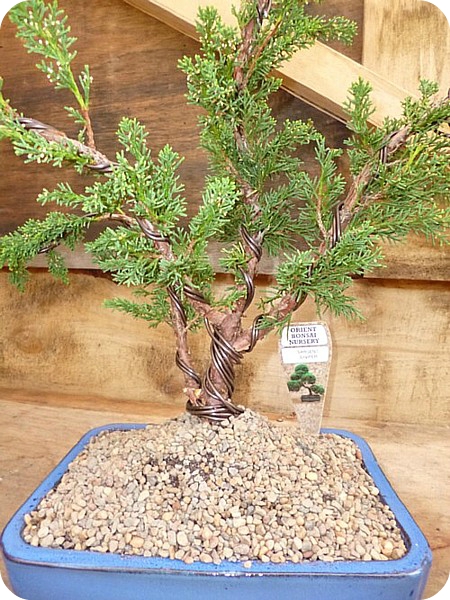 Shinji is only a 5-year-old tree and was only trimmed for the first time. Perhaps it's more correct to say that it's a potensai (potential bonsai) rather than an actual bonsai at the moment. Bonsai take many years to mature and take shape. With more reading, I'm starting to understand that bonsai is a life-time prospect. A bonsai is a living tree, and it will grow and change. A bonsai is a work of art, but it is one that can never be 'finished'. The bonsai grower must always think of the future. How can the tree be improved in the coming years?

I've tried to think of some initial plans for Shinji, though as a beginner it's hard to visualise! Currently the two branches on the left side cross over each other. The lower one could be bent down a little more (green line) and the upper one bent up (orange line). Or alternatively I could cut it off altogether, or rip the end off to create a jin (deadwood branch). Some of the smaller branches at the top (purple lines) could be grown out to create medium-size branches to give it a more triangular shape overall. 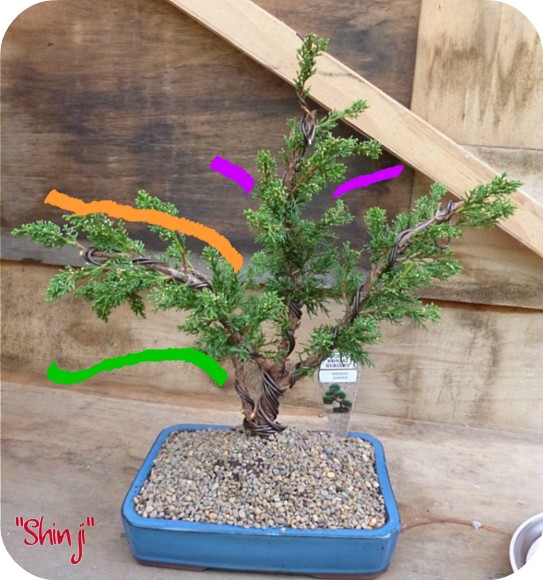 So much to think about!
Whenever I get into something, I get into it hard, so I have an urge to go out and buy lots of potential bonsai stock, do more chopping and of course buy accessories and tools. There are also other types of potted plant arts that don't take as long to develop as bonsai, so perhaps I can look into those as well for some semi-instant gratification. I'll talk about those a bit next time.

As mentioned in my last post, sooo long ago, I moved house. Over 90 boxes later, we're in our new home! There are a few small things to be done with it, not the least painting, but unpacking will be the most work by far. 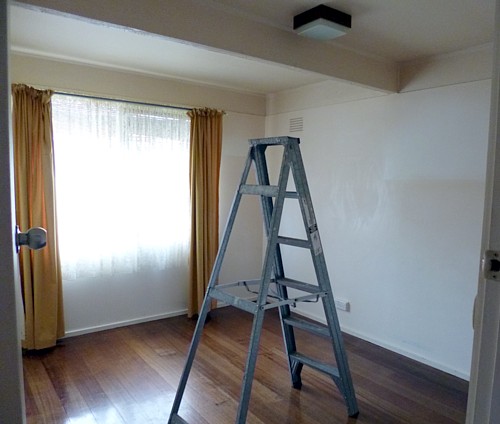 We also have a garden! Here are the fruit trees. I have no idea what fruits they are. I guess I'll find out in a few months' time! 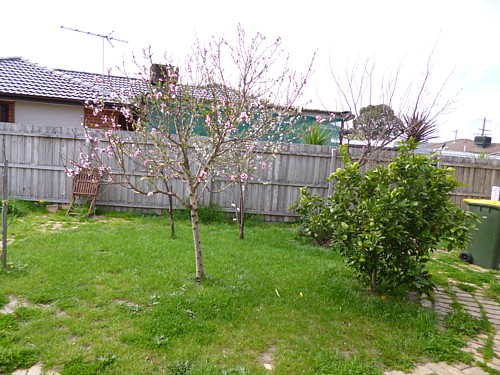 Here's the fernery. (Part of it anyway.) Isn't it gorgeous! 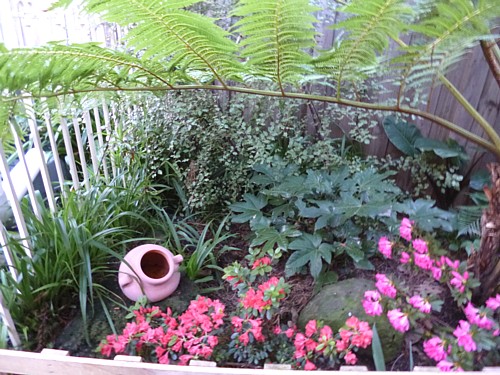 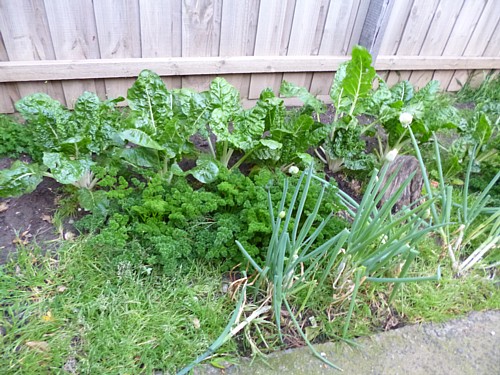 There were already some veggies growing in there when Husband and I moved in, so it was instant harvest! Perfect if you like silverbeet and spring onions, anyway..... 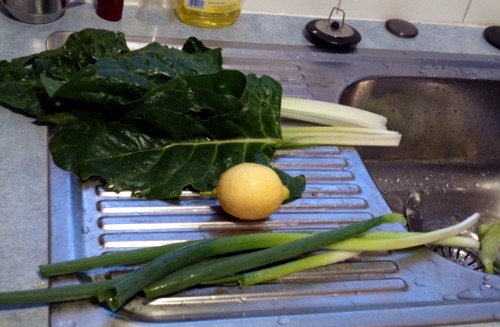 ....which I do, thankfully. All of my craft supplies are still packed, but I may have something to share soon.
No comments: