For a short month, it seemed like so much was packed into this September. And yet, it seemed like nothing much happened at all. I was still very sick for most of the month, due to a sort-of-new, sort-of-ongoing health issue (yeah, my health is complicated lately!), and wasn't able to leave the house. Finally in the last week, I was given some medication which has let me live a bit more normally again. However, I'll need to have an operation to fix it permanently, hopefully in a couple of months. That's left me in a strange limbo where I'm well enough to work, but there's probably no point in getting a job until after I've recovered from the operation. Oh well, may as well take advantage of the situation.

Let the art and craft commence! (Or continue, really...)


What I've been reading ...
I completed my personal September reading challenge very successfully, in my opinion! I read several short books and stories, and discovered some new authors that I'd like to follow up on in future. I've decided that for the month of October, I'm not setting myself a formal reading challenge. I'm still planning on reading, but some other things have piqued my interest lately as well, and I want to make sure I have enough time for everything. 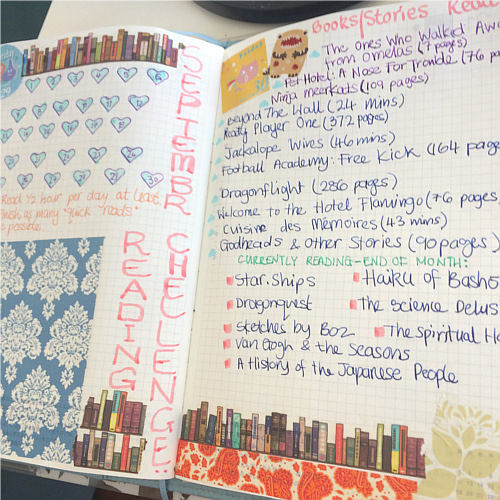 What I've been showing ...
I seem to have neglected to mention it here, but I had a piece in an exhibition called Fat Feminism at NOIR Darkroom (actually it's still on until 6th October 2019!). I'm too shy to show my piece, so here's a photo of some of the other amazing art from NOIR's website: 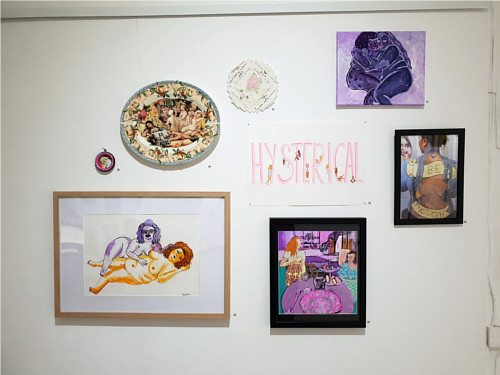 What I've been drawing ...
After procrastinating for months, I finally started to draw a little bit again. I created a Terrible Drawing Challenge, in the hope that it would be less pressure, and I think this reverse psychology worked ... some days, anyway.

Here I copied a picture from the Voynich Manuscript. This mysterious book in an undeciphered script has been endlessly fascinating to me lately. The original is on the left and my drawing is on the right. 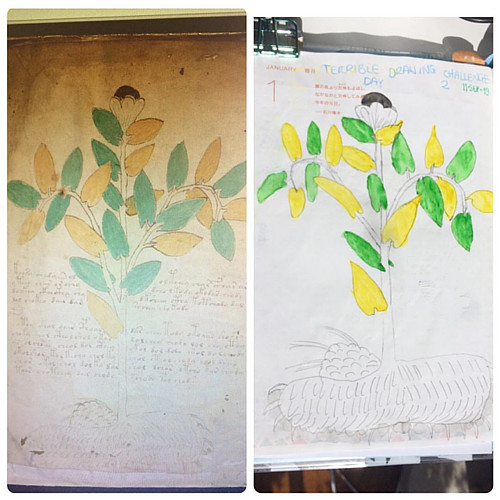 A Terrible Drawing of Saiki from The Disastrous Life of Saiki K. I really should have started further down the page! I really enjoyed this anime and liked the bright colours so I wanted to give it a go. I coloured it in with pencils because I don't have any watercolours bright enough for his hair. 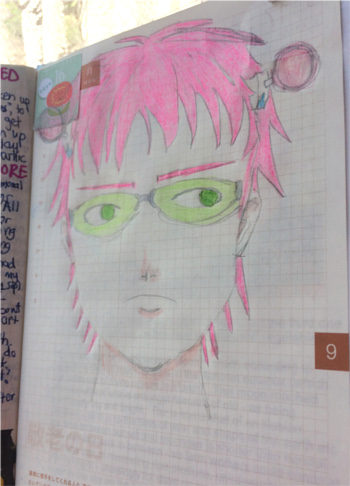 A baby monitor. Don't ask me why. I just love the combination of smooth curves, soothing colours, buttons and what's basically a spy camera. What I've been eating ...
Husband and I went with a foodie friend to a Rotary Hotpot restaurant, a new thing for us. It can be described as a cross between hotpot soup (or shabu-shabu) and sushi train. The soup is cooked at the table on an induction cooker, while the ingredients pass by on a conveyor belt for the diners to choose and add. (For anyone worried about food safety, the meats are kept separately in a freezer. They are cut very thin so that when added to the soup, they cook almost immediately.) There were several different soup bases to choose from and, as you can see from the photo, there's an option to choose two bases with the divided bowl. With all the different ingredients to choose from, the potential for different soup flavour combinations is truly endless. It was a lot of fun as well as delicious, and I would definitely go back! 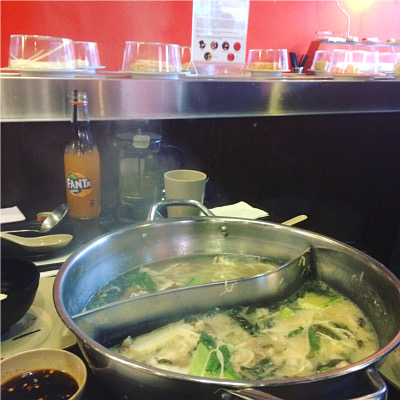 What I've been observing ...
Spring happened. It's getting quite warm. 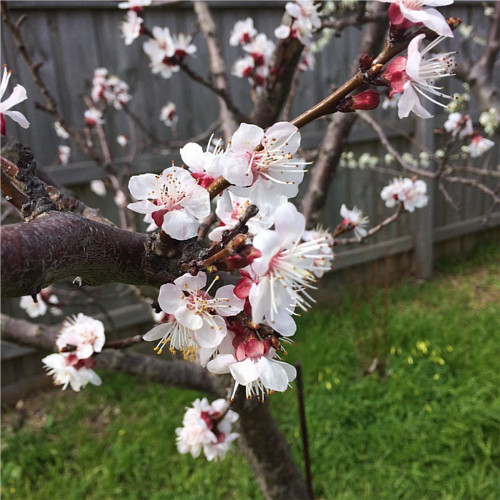 What I've been knitting ...
Aaaaaand, right at the very end of the month, I became interested in craft again. I was all crafted out after finishing my blanket. I guess it took me a few months to recover. Plus the nerdy/obsessive part of my brain seems to be quite perverse, as it always seems to point me in the direction of crafts that are inappropriate for the season. After visiting my friend and her baby, I was inspired to finish this dinosaur plushie which was supposed to be a birth gift. I might be in time for her first birthday, though. I have just under 6 months, and it's already half done, so I'm quietly confident. 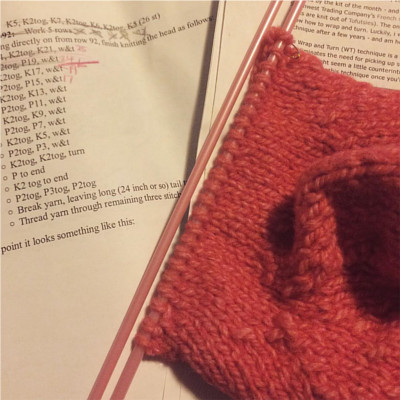