In The Kitchen : Vegemite Scrolls

A few weeks ago I had a craving for cheese and vegemite scrolls, which, being gluten intolerant, I haven't had for years. I had a packet of gluten-free bread mix in the cupboard that I'd bought on a whim at the gourmet supermarket that we visit occasionally. I don't eat much bread (gluten-free or otherwise) anymore, so I thought it would be fun to try and make it up into something a bit more special. 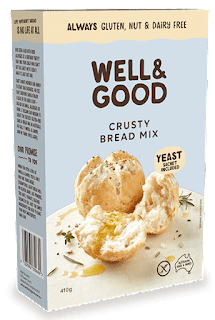 Thankfully scrolls aren't that hard to make, really. I followed the instructions on the box to make the bread dough. I have to say, this bread is one of the best gluten-free ones I've tasted. 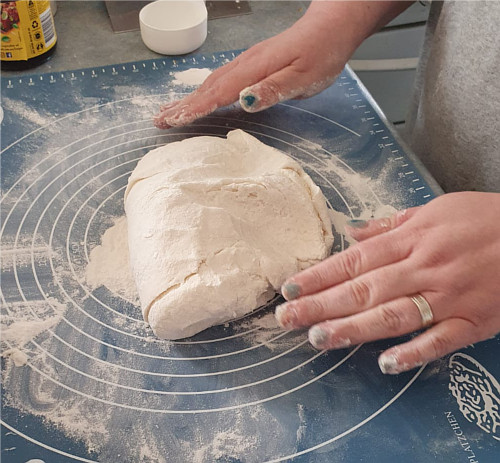 Then I rolled out the dough to about 3 centimetres thick, trying to keep a rectangular shape. Then I spread it with vegemite (warming it slightly first helps) and sprinkled cheese on it. 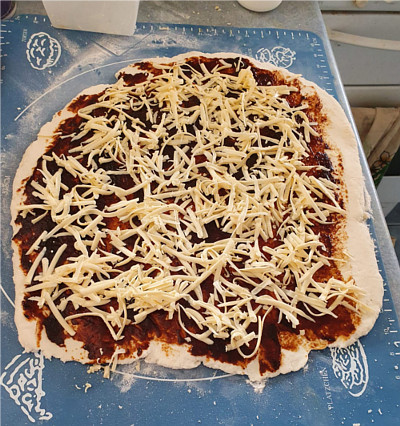 I rolled up the rectangle into a scroll and cut it to make the buns. Some of them were smaller because the scroll was a bit uneven at the edges, but that's okay. They just fit into the pan. I used a springform cake tin so that the buns would use the side of the pan (as well as each other) as support while they rise. It worked very well. 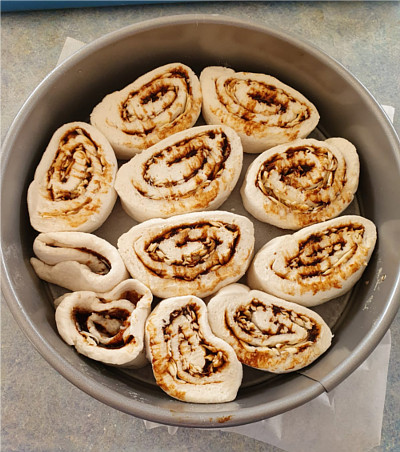 After rising, I sprinkled on some more cheese before baking. They didn't take very long to bake! 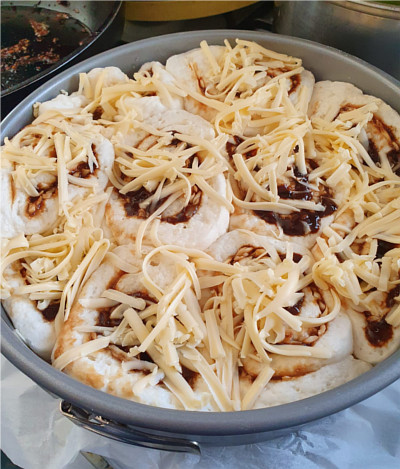 The scrolls look divine, especially when the photos are taken with Husband's much newer phone camera! 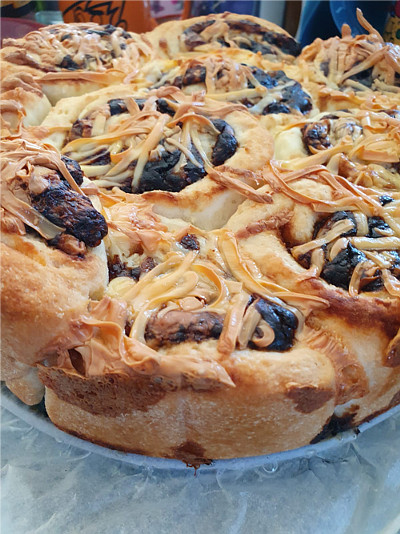 I liked that they all came out different shapes and sizes. They are most delicious served warm with lashings of butter in the middle and a cup of tea. 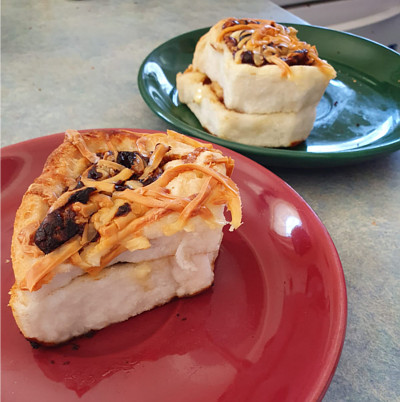